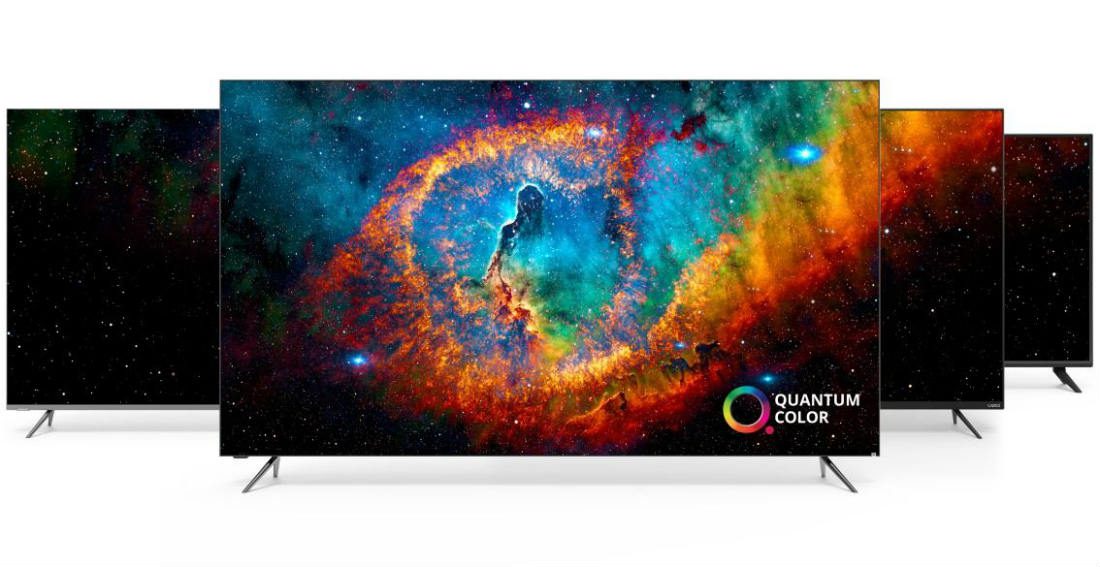 Today, VIZIO announced the details of its 2019 TV lineup, which includes its P-Series Quantum X 4K HDR line, M-Series Quantum line, and the V-Series, a reimagining of the former E-Series. VIZIO says the all-new lineup offers an ideal package of expansive colors, deep blacks, and luminescent whites, all enabled through a combination of Quantum Color and Active Full Array backlight performance.

“VIZIO has always been synonymous with value and our 2019 smart TV collection is no exception,” said Bill Baxter, Chief Technology Officer, VIZIO.

“We've combined an ideal blend of brightness, contrast and color to create a best-in-class picture across all price points. Layer on our intuitive, feature-rich smart TV platform, VIZIO SmartCast 3.0, and customers receive an entertainment experience that is unmatched in the marketplace.”

The lineup will begin rolling out nationwide in Spring 2019.

Combined, these technologies alongside the display's 2,900 nits of peak brightness utilize more than one billion colors to, “match every hue and tone with impressive cinematic intensity.”

The M-Series ranges from 43 to 65-inches in size and offers an Active Full Array backlight with up to 90 zones of local dimming, again nearly double that of the 2018 M-Series.

Ranging from 40-inches to 75-inches, the V-Series offers an Active Full Array backlight with up to 16 zones of local dimming and UltraBright 400 for up to 400 nits of entry-level peak brightness.

With support for Apple AirPlay 2 and Chromecast built-in, SmartCast 3.0 will enable users to stream, control, and share content directly from their iPhone, iPad, Mac or Android device to SmartCast TVs, all without extra hardware or products.

VIZIO says SmartCast 3.0 will be the first in the marketplace to work with Siri, Google Assistant, and Alexa, allowing for seamless smart-home integration.

The P-Series Quantum models also offer a modern aesthetic, framed by a three-sided, bezel-less design that is tooled from aluminum. M-Series models feature a modern design complete with aluminum finishing.