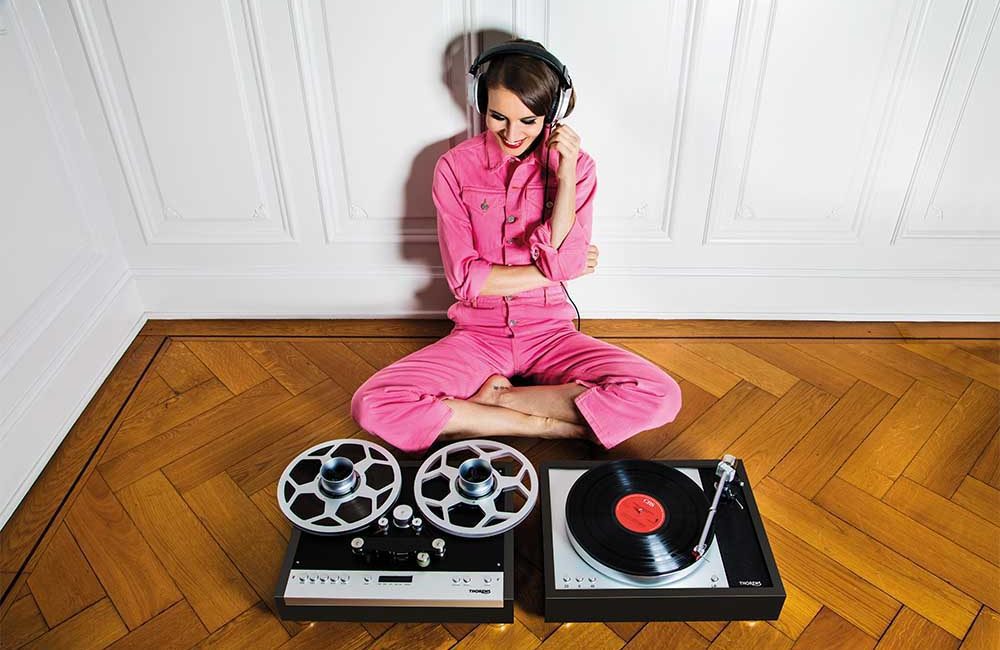 Thorens has introduced its TM 1600 reel-to-reel machine that includes a similar industrial design to its TD 1600/1601 turntables.

Anyone that's attended a consumer audio show or even a live concert where the band is selling physical media has probably seen the reemergence of cassette and reel-to-reel tapes. Stepping up to provide playback options for the revival of reel-to-reel is the Thorens TM 1600.

The TM 1600 also utilizes the same dust cover as the TD 1600/1601 turntables, but the base of the reel-to-reel machine is a newly developed compact tape drive from Ballfinger.

Thorens says within the TM 1600's 50mm tape height is a new design that keeps the drive as compact as possible. As part of its design, the tape-path geometry employs sensors between the reels instead of placement beneath the reels.

Providing some level of installation flexibility, integrators can place the TM 1600 in horizontal or wall-mounted locations.

At the heart of the reel-to-reel machine is three electronically commuted disc motors that use rotor-angle detection by hall sensor feedback.

The capstan motor utilizes an ironless bell-shaped rotor from a fellow German company, and Thorens emphasizes that in order to produce a high signal-to-noise ratio, the head and capstan motor are positioned far apart from one another.

According to the company, through this motor layout, the TM 1600 runs quietly with consistent power and torque, and because it uses an external power supply, the need for extensive magnetic shielding is eliminated to further lower the product's noise floor.

The TM 1600 handles reels up to 10.5 inches with 19 and 38 cm/s, and it includes a real-time tape counter with hours/minutes/seconds/hundreds of seconds.