All patent-infringement claims have been settled by Sonos and Sound United (DEI Holdings), parent company of Denon and HEOS.
Andrew Nichols 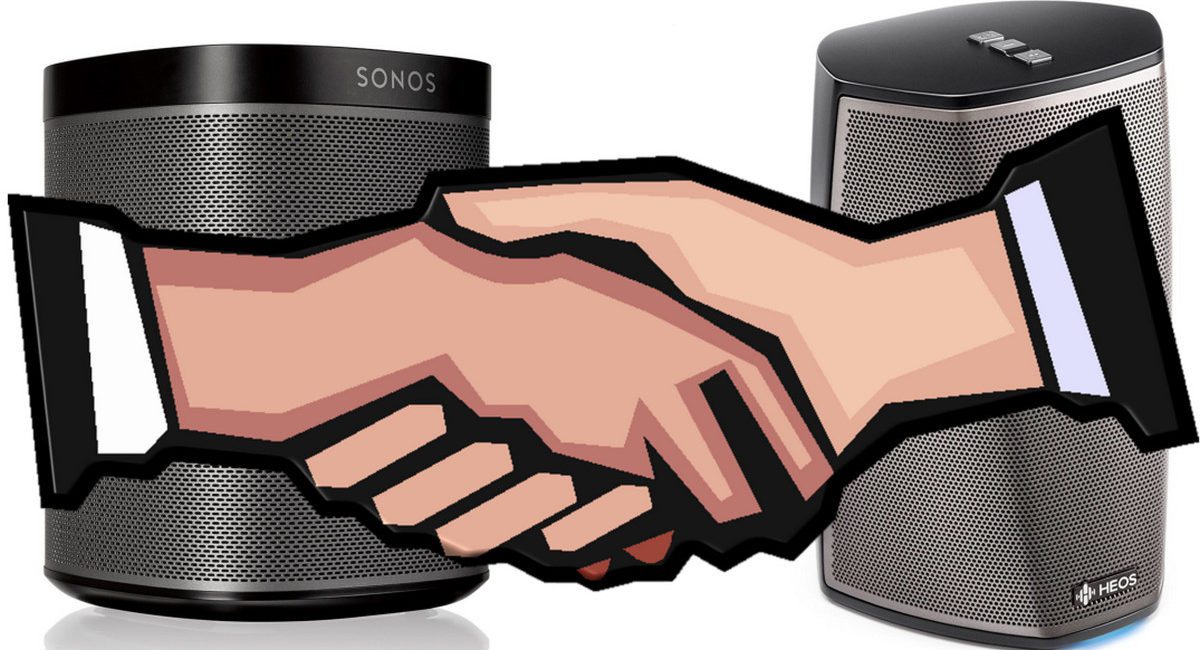 Denon, which also had one outstanding claim against Sonos, will no longer pursue legal action as a result of the agreement reached today.

After a lengthy litigation process, Sonos and Sound United have agreed to an undisclosed settlement, ending all current legal entanglements.

“Our direction with HEOS is unchanged,” he continues. It appears as though the company is content to move on from the litigation and to continue to make its wireless audio systems under the HEOS name.

Sound United, owners of major sound companies like Denon and Polk, was initially sued by Sonos over Denon’s HEOS Wireless Sound System, which allegedly infringed on four Sonos patents back in 2014.

Ultimately, in December of 2017, a jury ruled against Denon on three of those claims, ordering the company to pay Sonos $2 million for past breaches dating back to the HEOS product launch in 2014 through December 2016.

The issues between the companies did not end there. Earlier this year, Sonos filed a claim against Denon to extend damages through December 2017, claiming the company continued to infringe on Sonos’ patents. Sonos even went so far as to ask for ‘enhanced’ damages due to the infringement being seen as “willful” by the previous jury.

The proceedings got increasingly murky as time went on, with Sonos claiming that D&M Holdings, Denon’s previous owner, should be penalized for “inappropriate actions [that] caused Sonos to waste time and significant resources.” Sonos prevailed on all claims.

Denon, which also had one outstanding claim against Sonos, will no longer pursue legal action as a result of the agreement reached today.

CE Pro covered both the original event and the 2018 legal battle in-depth, so take a look at those articles for additional information.