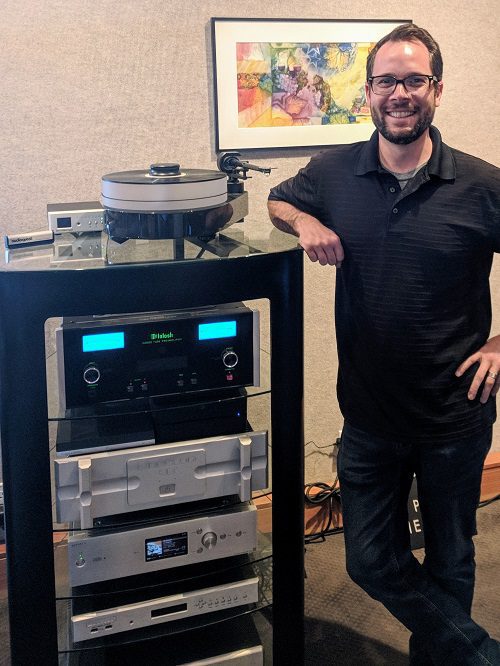 “Things aren’t slipping through the cracks anymore because there is a set process in place,” says Jonathan Houston, sales manager at Stereo Planet, in regards to the integrator’s adoption of iPoint.
Article:
News | Operations | Sponsored Content
May 7, 2019

As many integrators scramble to find the magic formula to squeeze out single-digit increments of additional profit, the team at Stereo Planet in Bend, Ore., made a single decision less than 2 years ago that has boosted its employee output by a mind-blowing 35%.

On September 1, 2017, the integration company implemented iPoint’s turnkey software solution and the results have been no less than amazing.

The company just finished 2018 earning approximately $3.7 million in revenue with 13 employees. The last time Stereo Planet had revenues in that same range was pre-recession 2007, when it earned $3.7 million… but with 20 employees.

The 2018 results equate to nearly $285,000 in revenue per employee compared to $185,000 per employee 11 years ago (and that was back when equipment margins were much more substantial across the board).

“I attribute much of the improved employee productivity to the adoption of iPoint,” says Jonathan Houston, sales manager at Stereo Planet.

In particular, Houston says the company’s ability to put together quality proposals is “10 times faster” and Stereo Planet carries $80,000 to $100,000 less in inventory due to the software’s just-in-time ordering capability.

Stereo Planet was founded in 1980 and morphed from a stereo hi-fi shop to a custom installation specialist about 20 years ago.

Prior to implementing iPoint, Stereo Planet was using a patchwork of non-industry-specific software and manila folders stuffed with papers, including Microsoft Calendar for scheduling, Microsoft Point of Sale for transactions, and Dropbox to share files.

Read Next: 5 Reasons to Use End-to-End Software for Running an Integration Business

“Right before we moved to iPoint, I actually organized the folders by month so at least we could ask the customer what month we did the project, then we could go back to the file folder for that month to find the work order and see what notes the technicians had made. We knew we needed to have that information more readily available,” he says.

“I really wanted a way to track from proposal all the way through to finish… everything that was going on with that customer. It was very all over the place… from walkthrough notes to the actual technician’s notes to ordering to the billing. Bringing that all together was big for us,” remarks Houston.

The antiquated process also meant ordering and inventory were cumbersome. Houston would physically go through the project binder, tag particular products on work orders and then cross check it against existing inventory to see what needed to be ordered, then pull everything for staging.

“It was difficult just trying to keep track of all that,” he says. “iPoint does a really, really good job of that.

“I would also estimate that our ability to put a proposal together is 10 times faster. iPoint has allowed us to do more just-in-time ordering.”
— Jonathan Houston, Stereo Planet

“I would also estimate that our ability to put a proposal together is 10 times faster. iPoint has allowed us to do more just-in-time ordering. Our stock levels are way down… I would say we carry $80,000 to $100,000 less in stock than we did in previous years. That’s a big deal for sure,” he says.

Houston says the staff complained about the new software initially.

“Now, everybody likes it. In the beginning, especially from the techs, there was a lot of pushback. One of the struggles was that the interface looks a little bit different on a computer versus an iPad. Now, the techs love it. They are all very proficient with it. We’ve got it down pat.

“Things aren’t slipping through the cracks anymore because there is a set process in place. It’s much more efficient for sure,” he concludes.