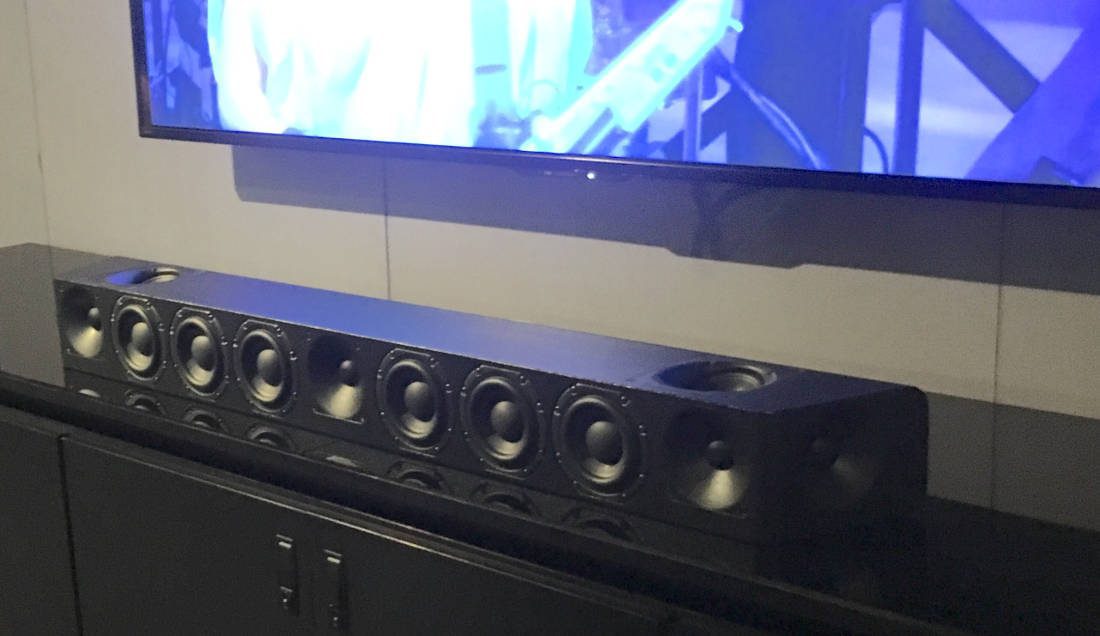 Sennheiser revealed its prototype 3D Soundbar with three HDMI, one digital optical and one RCA inputs. No price point is set for the product.

The soundbar marks the first move by the German-based company into home audio.  At CES, Sennheiser offered a first look at the prototype of the immersive soundbar, which can be set up as 9.1- or 5.1.4-channel Dolby Atmos configurations. The unit has 13 Neumann drivers consisting of six woofers, five tweeters, and two top-firing speakers. Sennheiser is choosing to use a 9.1 configuration in reference to the unit.

According to the company, the product will “place the AMBEO experience right into your living room … with an incredibly immersive sound experience and a true as-if-there feeling without any additional components such as an external subwoofer.”

The soundbar has four height channels versus two in most immersive speakers. Sennheiser plans to include a Neumann microphone with every soundbar for calibration purposes. The product will also support MPEG-H 3D audio standard, but it is unknown if it will support DTS:X. The soundbar features one digital optical, one analog RCA, and three HDMI inputs. There is also a subwoofer ouput. It is expected to support 4K/60 fps video pass-through, as well as Bluetooth and Wi-Fi.

Sennheiser already holds a leading position among the CE Pro 100 in the headphone category. According to the 2017 data, 28 percent of the industry’s highest-revenue custom integration company’s already use Sennheiser headphones.

Also at CES, the company showed off its new closed-back HD 820 headphones, as well as a pair of wireless headphones, the CX 6.00BT.  All of the devices features its AMBEO spatial soundscape technology.

There is no price point set for the product.