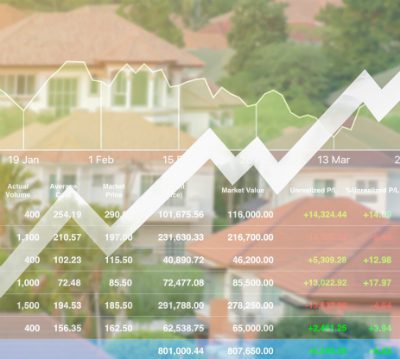 According to a recent CEDIA report, Recurring Monthly Revenue (RMR) continues to elude the industry, with only 2 percent of revenue coming from RMR.
Article:
News
October 8, 2018

As new construction and home renovation numbers continue to grow, the residential technology industry is following suit with home technology professionals in the U.S. and Canada reporting solid 2017 sales and anticipating a strong 2018, according to a new report issued by CEDIA.

Each year, the association conducts its “Size and Scope of the Residential Technology Systems Industry” survey to analyze the size of the industry and identify market trends in North America.

Housing data indicates nearly half of renovating homeowners are incorporating smart home systems or devices during the renovation (45 percent); over 40 percent of new home buyers purchased homes with smart tech features in 2017, and about 60 percent of new home shoppers are willing to pay more for smart features.

“Over the last several years, home technology adoption rates have been steadily increasing, and it is encouraging to see housing data reflect that demand,” says Grant Farnsworth of The Farnsworth Group, the research firm that conducted the Size and Scope research on behalf of CEDIA.

“Our data is showing a healthy and prosperous industry with the estimated size of the 2017 U.S. total residential technology market to be $19.56 billion, up from $18.9 billion in 2015,” he continued.

“While double-digit growth is likely inflated confidence, this demonstrates the sentiment for future business growth is extremely positive.”
— Grant Farnsworth, The Farnsworth Group

The average annual revenue for an installation company in 2017 was $2.03 million. Respondents report an increase in the number of projects completed annually, with an average of 67 residential projects per year in 2017 with anticipated growth to 77 projects in 2018.

Business confidence is strong with 81 percent of respondents very optimistic about their company’s ability to earn new business in the next 12 months and 80 percent expecting revenues to grow, with most anticipating from 6-20 percent growth in that same period.

“While double-digit growth is likely inflated confidence, this demonstrates the sentiment for future business growth is extremely positive,” Farnsworth says.

The number of annual home networking installations for home tech pros is expected to jump from an average of 32 completed projects in 2017 to 41 in 2018. They also averaged 27 whole-home integrated control installs in 2017 and estimate 31 for 2018.

“We are incredibly pleased to see the increase in home networking solutions being installed. As the foundation of any type of residential technology system and the first line of defense from cybersecurity threats, the network could not be more important, which is why it has been an important focus in our educational offerings,” says Tabatha O’Connor, CEDIA CEO and president.

In terms of revenue by system type, distributed audio systems took the number one spot in 2017 and make up 12 percent of annual earnings followed closely by home control systems at 11 percent among all respondents.

A new question this year establishes a benchmark for the collaboration between industry partners and which specifiers are working most often with technology professionals: Integration firms are receiving an estimated average of 64 project bids from a combination of home builders (29), remodelers (17), designers (10), and architects (8) annually.

The full report is available now, and CEDIA members may download a complimentary copy of the findings here and non-members may purchase the report for $1,000.