Integrators and AV businesses should begin to see reasonably priced semiconductors available in the US market by mid-2022.
Zachary Comeau
Article:
News
September 21, 2021

According to a new report, some of the supply chain issues we’ve seen due to the pandemic should begin to fade away next year as semiconductor makers boost their capacity.

Research organization IDC says the semiconductor market should normalize and balance by the middle of next year, and there could be an overcapacity of chips in 2023 as larger-scale capacity expansions come online by the end of 2022.

The demand for semiconductors has soared during the pandemic as consumers and businesses look to technology to connect with one another, but semiconductor manufacturers were essentially caught off guard by that demand, expecting a more pronounced economic downturn.

According to IDC, the semiconductor market is expected to grow by 17.3% this year, driven by mobile devices, laptops, severs, automobiles, smart homes, gaming, wearables and Wi-Fi access points.

With computing, gaming and home entertainment sucking up a lot of that demand, verticals like pro AV are left struggling to find the resources to meet their own skyrocketing demand as companies reopen and invest in new technology to facilitate hybrid work.

The digital display segment has been hit especially hard, as the processors used in displays have been in short supply. However, most electronic devices have experienced some sort of supply chain issue as a result. 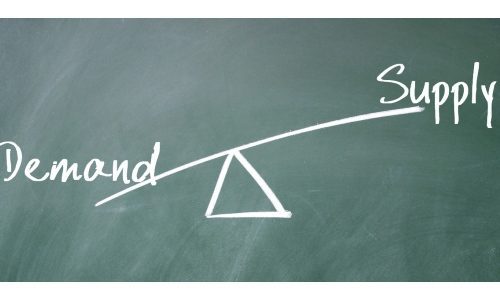 According to IDC’s report, “dedicated foundries have been allocated for the rest of the year, with capacity utilization at nearly 100%. Front-end capacity remains tight but fabless suppliers are getting the production they need from their foundry partner. Front-end manufacturing is starting to meet demand in 3Q, however, larger issues and shortages will remain in back-end manufacturing and materials.”

Prices increased in the first half of 2021, and IDC expects increases to continue for the remainder of the year, which means pro AV products will likely remain marked up since prices for components like semiconductors remain high.