Regal Cinemas to Close All 536 Locations in the United States

Due to a mixture of Hollywood not releasing new films and the general population's hesitation to attend large gatherings, Regal Cinemas has decided to close all U.S. locations.
Zachary Comeau 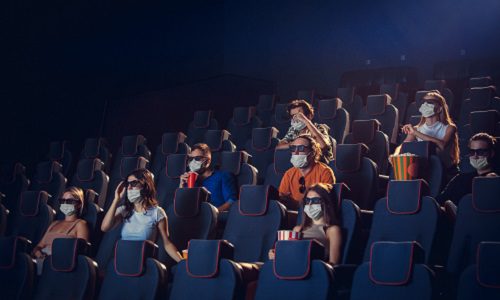 Regal Cinemas to Close All 536 Locations in the United States

An unfortunate consequence of the coronavirus keeping crowds away, Regal Cinemas recently announced it would be closing all of its 536 theatres in the U.S. by Thursday, which could further feed home entertainment business into the hands of integrators.

In a statement, Mooky Greidinger, CEO of parent company Cineworld, said the company did everything in its power to reopen cinemas over the summer after being forced to shut down. Those measures included “robust health and safety” initiatives and joining the cinema industry’s CinemaSafe protocols.

“We are especially grateful for and proud of the hard work our employees put in to adapt our theatres to the new protocols and cannot underscore enough how difficult this decision was,” said Greidinger said.

According to the company’s announcement, several major key U.S. markets – mainly New York – remain closed. Because of that, film studios have ben hesitant to release new films. Without those releases, moviegoers aren’t going to go to cinemas.

The company said it is monitoring the situation and will look to reopen cinemas when key markets have “more concrete guidance” on reopening and when studios send their new releases back to the theaters.

With cinemas closed, now might be a good time to offer new equipment or upgrades, but Regal and other cinema groups may not have the cashflow to support any updates given these closures and the poor attendance at reopened theaters after a long shutdown.

According to a report in Variety, AMC Entertainment, another major operator of U.S. cinemas, is also struggling due to the pandemic. Credit rating agency Standard and Poors (S&P) warns that the chain is at risk of defaulting on its debt and could run out of cash within the next six months.

While the news is unfortunate for Regal Cinemas and the pro AV industry at large, Regal’s closing could be a small boon for residential integrators looking to sell more home theaters. Now is the time to reach out to prior customers and new customers alike and find out how they feel about adding a home theater to their home.

A version of this article was originally posted on our sister publication Commercial Integrator‘s website.