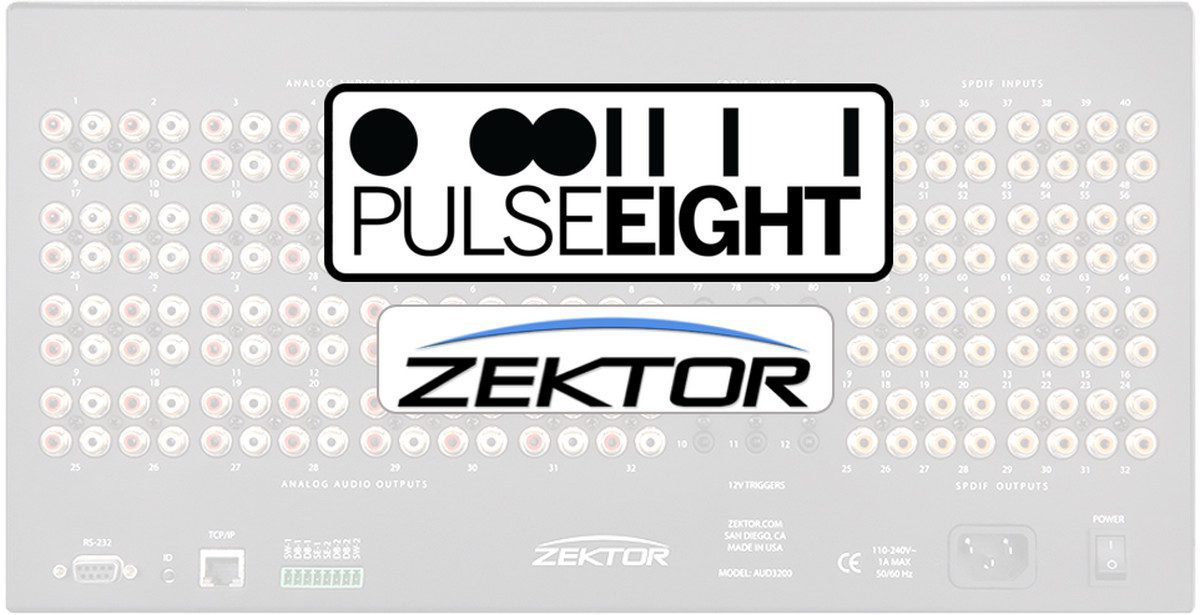 Zektor, based in the San Diego area, has been acquired by UK-based Pulse-Eight. Both companies manufacturer audio/video distribution systems for the custom-installation channel, but Zektor focuses on audio systems for home and commercial markets, while Pulse-Eight concentrates on video distribution and A/V control, primarily for residential applications.

Both companies are known for the intelligence they build into their A/V systems – Pulse-Eight for taming bi-directional HDMI CEC and providing two-way control of A/V systems, and Zektor for “some very cool, proprietary DSPs,” according to Pulse-Eight principal Martin Ellis.

Ellis touts Zektor’s technology for down-mixing, lip-sync, digital/analog conversions and more, as well as its large-format systems in 32 x 64 configurations and larger.

The acquisition allows Pulse-Eight to “round out our portfolio,” Ellis says.

There’s also the fact that Zektor is headquartered in the U.S., giving Pulse-Eight a base of operations stateside, where it has sought in the past few years to establish more traction.

Earlier this year, home-automation manufacturer RTI was appointed the U.S. distributor of Pulse-Eight’s video-distribution products, giving the UK company immediate access to a large base of U.S. dealers.

Ellis says that RTI relationship is going “very well,” with some Pulse-Eight products in such high demand, “we can’t build them fast enough.”

“Our primary objective is to grow Pulse-Eight audio through Zektor, and video through RTI,” Ellis says.

Zektor will be sharing a stand with Pulse-Eight at ISE 2019.