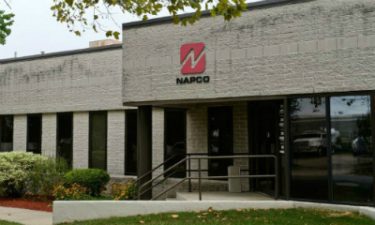 To say that Napco Security Technologies (NASDAQ: NSSC) is on a roll would be an understatement. The Amityvile, N.Y.-based maker of intrusion security, school safety lock down systems, Internet of Things (IoT) smart home, video and fire systems, and enterprise-class access control and door locking products, just announced its 18th consecutive quarter of record-setting sales.

The company reports its recurring service revenue now has a prospective annual run rate of $17.2 million based on December 2018 recurring revenues.

In CE Pro's recent analysis of 2018 stock performance, Napco outperformed the rest of the industry by a wide margin, with a 82 percent stock price gain last year. That is compared to an average -19 drop for the other 51 companies that CE Pro analyzed.

Richard Soloway, chairman and president comments, “This past quarter saw our company reach record milestones in both sales and profits and we were particularly encouraged by our ability to continue to build upon and expand our stable of RSR (recurring service revenue) generating product offerings.

Soloway singled out the company’s StarLink line of universal fire alarm, intrusion alarm and IoT communicators as a contributor of $17.2 million annual run rate of RSR income to the company.

He also touted Napco’s all-in-one FireLink eight- to 32-zone fire alarm control panel with a built-in cellular LTE as a successful product, as well as its universal StarLink Connect IoT cellular communicator, and the recently launched, Napco iBridge Video Doorbell, which lets consumers know who is at the door and speak to them, real-time, remotely, from a smartphone or smart device.

Soloway concludes, “We are confident that our investments in the engineering and marketing of unique, innovative products, positioned in high-sales-growth market sectors, along with an emphasis on driving marketing business models which deliver substantial RSR growth for our company, should propel us to strong incremental future growth for the foreseeable future. We are encouraged by our growth in sales and profits for Fiscal 2019 to-date and look forward to a strong second-half of our year and beyond.”