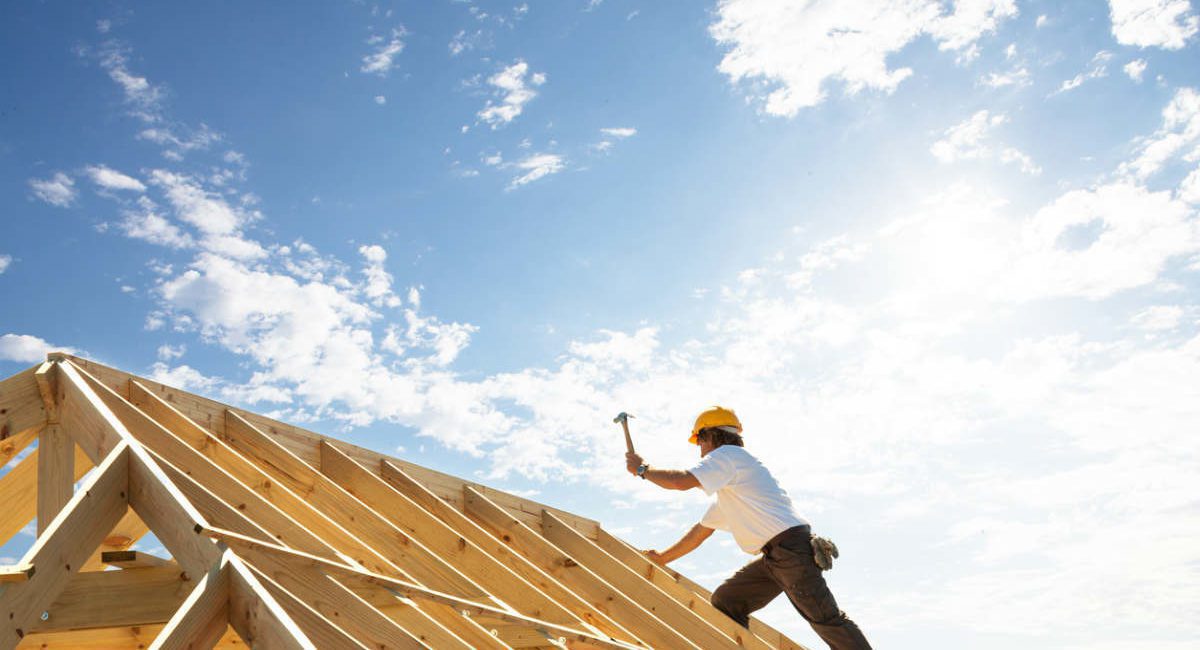 While housing starts were up five percent in May, single-family permits were down two percent, due to recent increases in lumber prices.

After the housing recession of 2008, it wasn't clear when or if the industry would bounce back and return to a healthy state. Thankfully, according to a recent “Eye on the Economy” report from the National Association of Home Builders (NAHB), housing starts have officially reached a post-recession high.

The NAHB says housing starts increased five percent in May, reaching a 1.35 million seasonally adjusted annual rate, with construction expanded for both single- and multifamily sectors. The data is welcome news for CE pros, who derive 47,8 percent of their revenues from new construction projects, according to the 2018 CE Pro State of the Industry Study.

Additionally, construction volume has increased on a year-to-date basis by 9.8 percent for single-family construction and 13 percent for multifamily, both numbers exceeding beginning-of-the-year forecasts as demand and demographic conditions remain positive, boosted by tax reform.

NAHB News Not All Positive

However, not all of the news from NAHB is positive, as permit growth was negative in May, with single-family permits down 2 percent.

This decline matched the small drop in the NAHB/Wells Fargo Housing Market Index measure of builder confidence, which declined two points to a still-positive level of 68. 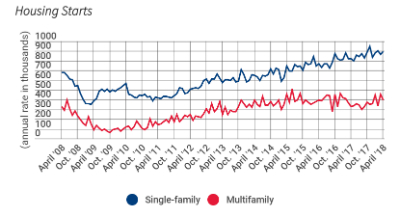 Housing starts for single-family homes have
risen in the last few years, while multifamily
housing has been less consistent.

According to Robert Dietz, the NAHB's chief economist, the drop was due to recent increases in lumber prices, which have surpassed expectations due to tariffs on Canadian softwood lumber. The Secretary of Commerce has indicated a willingness to look at the factors behind these hikes.

“Our expectation is for a strong second-quarter GDP estimate and ongoing low rates of unemployment. The Federal Reserve is closely watching labor markets, and at the conclusion of its June meeting, the Fed's policymaking committee raised the federal funds rate for the second time in 2018, with two more rate hikes predicted this year,” says Dietz.

“This projection for four increases, however, means that we would only expect one rate hike in 2020 instead of two.”

Overall, the report indicates that housing market conditions are remaining strong, even though price gains are being driven by low levels of inventory and insufficient single-family construction.

In fact, first-quarter data for 2018 indicates that the total value of owner-occupied housing has reached $25.1 trillion, with $15 trillion in equity.