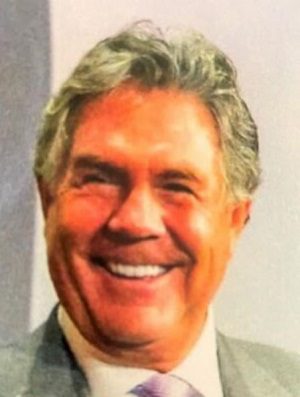 Jim Tweten, who with his father Len grew Magnolia Hi-Fi & Video into a regional powerhouse before selling to Best Buy, then later ran Magnolia Home Theater helping to pioneer the “store-within-a-store concept,” passed away on November 3 at age 69.

Tweten, often known affectionately as “Jimmy Joe,” is survived by his father, Leonard Tweten, stepmother Rebecca, daughter Andrea Ford, granddaughter Madison, his loving partner, Renee Carter and her children Nathan & Ava, sisters Janet Houston (Jim) and Nancy Crowe (Terry). He leaves behind his nieces Lauren and Kristi Houston and Kelley Crowe as well as many relatives and friends. Preceding him in death was his mother, Eileen, brother Scott and son, Jamie Tweten.

Born June 7, 1951, Tweten and family grew up in Edmonds, Wash. where he graduated from Edmonds High School. He attended the University of Washington, majoring in business. After a year as a ski instructor in Aspen, Colo., he returned to Seattle in 1972 and became very involved in the family business, Magnolia Hi Fi & Video, which his father started in 1954. He began working in the second Magnolia store in the Roosevelt district warehouse, delivering and installing stereo systems and selling hi-fi gear.

Jim brought insight and enthusiasm into the music and electronics youth culture. He immediately found his passion, enjoying seeing people’s eyes light up when he introduced new cutting-edge products. The switch to stereo proved to be great timing, coming at the dawn of the 1970’s home stereo revolution.

Together, father and son pioneered the home theater concept where they were known throughout the industry. They expanded to 18 locations throughout the Pacific Northwest and in 2001 Magnolia was purchased by Best Buy.

In 1992, the elder Tweten handed off active day-to-day operations to son Jim, who became president and CEO. Magnolia Audio Video went on to become the most award winning electronic entertainment retailer in the nation and was inducted into the Consumer Technology Association Hall of Fame in 2013.

Beginning in 2003, as president of Magnolia Home Theater within the Best Buy brand, Tweten led the charge to open new Magnolia home theater stores inside more than 300 Best Buy U.S. retail locations. He was the brainchild of the “store-within-the-store” concept, which continues within Best Buy today. Tweten was deeply involved in leading the company’s transformation to be a more service-oriented provider of premium home entertainment and automation solutions.

His obituary notes,  “Jim loved life! From the time Jim was a little boy and throughout his life, he had a zest for living and loved having a good time. He was an outstanding natural athlete who excelled in skiing and golf. Jim was an active member of the Bel Air Country Club, the Madison Club and Bighorn Golf Club. He and his then wife, Ilsa and their children enjoyed many years at their homes in Palm Desert, Seattle, Sun Valley and Aspen. Known for his tremendous charisma, Jim would light up a room with his smile and hearty laugh. He was endearing to the people who knew him, always giving more than he took, making people feel good when you were around him. As his good friends say, ‘Jim was a generous and caring soul. A good friend.’”

Private services will be held in his memory at a later date.