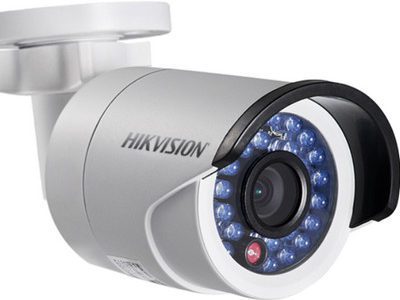 “We must face the reality that the Chinese government is using every avenue at its disposal to target the United States, including expanding the role of Chinese companies in the U.S. domestic communications and public safety sectors,” says Rep. Vicky Hartzler, Missouri Republican and a senior member on the House Armed Services Committee, spearheading the National Defense Authorization Act (NDAA)

Two prominent security industry brands — Hikvision and Dahua — are named in an amendment to an annual defense-policy measure that would bar government use of Chinese-made video surveillance equipment.

The U.S. House of Representatives voted 351–66 to advance the $717 billion FY2019 National Defense Authorization Act (NDAA) on May 24. The amendment, said to be proposed on the basis of national security concerns, was spearhead by Rep. Vicky Hartzler, the Missouri Republican and a senior member on the House Armed Services Committee.

“We must face the reality that the Chinese government is using every avenue at its disposal to target the United States, including expanding the role of Chinese companies in the U.S. domestic communications and public safety sectors,” Hartzler said in statement. “Video surveillance and security equipment sold by Chinese companies exposes the U.S. government to significant vulnerabilities and my amendment will ensure that China cannot create a video surveillance network within federal agencies.”

The bill, which requires Senate approval before it can become law, also prohibits the U.S. government from purchasing equipment made by several other Chinese firms. These include Hytera Communications Corp., a provider of radio communication devices; ZTE Corp., the Chinese telecom giant; and Huawei Technologies Co., China’s largest telecom equipment maker.

Telecom gear manufactured by ZTE Corp. and Huawei has been effectively blocked from the U.S. since a Congressional report in 2012 warned the equipment could pose a national security threat, which both companies have refuted.

“We are actively working to assure our North American stakeholders that Hikvision strictly abides by the laws and regulations of each country in which it operates.”
— Jeffrey He, president, Hikvision USA and Hikvision Canada

Along with the Hikvision- and Dahua-branded equipment portfolios, each company’s extensive OEM or white label agreements would also fall under the technology ban, along with any other vendors that use the company’s equipment.

When contacted by SSI, Hikvision declined to comment how it would be impacted by the ban should it become law; however, the company did provide a letter distributed to its North American partners on May 25 regarding the amendment.

“We are actively working to assure our North American stakeholders that Hikvision strictly abides by the laws and regulations of each country in which it operates. We also reaffirm the fact that we hold our products to the industry’s global cybersecurity standards, including North America,” states Jeffrey He, president, Hikvision USA and Hikvision Canada.

The letter goes on to explain the company “will continue to monitor and further deploy the necessary resources to address this matter” and that it “will vigorously defend Hikvision from dangerous and unproven accusations about the cybersecurity of our products and solutions.”

“We remain fully focused on providing quality service to our valued partners while delivering business excellence and safeguarding the communities where our employees and their families live and work,” He continues.

A Dahua spokesman directed SSI to an online statement posted May 29 when contacted for comment. The company emphasizes it maintains “a high level of business integrity” and is “committed to compliance with all applicable laws and regulations in the countries in which it does business.”

“Dahua takes cybersecurity seriously and has designated it as a top priority. The company takes a comprehensive and systemic approach to cybersecurity, with complementary and redundant safeguards built into its technology, services and organizational practices,” according to the statement, which is attributed to Zhejiang Dahua Technology Co., Ltd.

According to the statement, Dahua is the first video surveillance equipment maker to be certified by TÜV Rheinland, a technical services company that provides testing, inspection and certification for the TÜV Rheinland 2PfG 2624/06.17 standard, which was derived from the European Union’s GDPR.

The Security Industry Association (SIA) tells SSI the amendment has been submitted to its government relations committee for their review and consideration.

“Any recommended position by the government relations committee will be referred to the SIA Executive Committee for their consideration and approval,” SIA CEO Don Erickson said in a prepared statement. “If SIA decides to take a position based on member feedback, it will occur during the normal legislative process as the bill is considered by the Senate, and then ultimately a House-Senate conference committee.”

Erickson added that SIA is waiting to see what language will be included the Senate’s companion bill. For the time being, he said, the association will continue to consult with SIA members and work closely with its government relations committee.