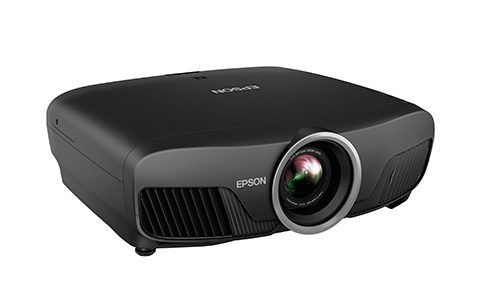 “The Pro Cinema 4050 offers an immersive viewing experience of movies the way they were meant to be seen—on the big screen with bright full-colored imagery and stunning resolution. With Epson’s proprietary 3LCD chip technology, unlike many competitive models, it has no rainbow effect.”

The Pro Cinema 4050 is Epson's first product to incorporate the 4K PRO-UHD technology.

According to the company, the Pro Cinema 4050 and its 4K PRO- UHD technology utilizes an advanced optical engine that products high-color brightness levels, as well as high white levels, and accurate colors.

Moreover, Epson says the projector’s compatibility with the HDR10 format will allow the Pro Cinema 4050 to produce wide contrast levels.

Epson emphasizes the Pro Cinema 4050 delivers detailed, bright, dynamic images, thanks in part to its PRO-UHD technology, combined with the projector’s lens capabilities and compatibility with native 4K content through its latest-generation of pixel-shifting technologies.

The projector also has integration-friendly features like wide lens shift capabilities with +/- 96 percent on the horizontal axis and +/- 47 percent vertical axis.

Here's a few of the key features integrators can expect in the Pro Cinema 4050: