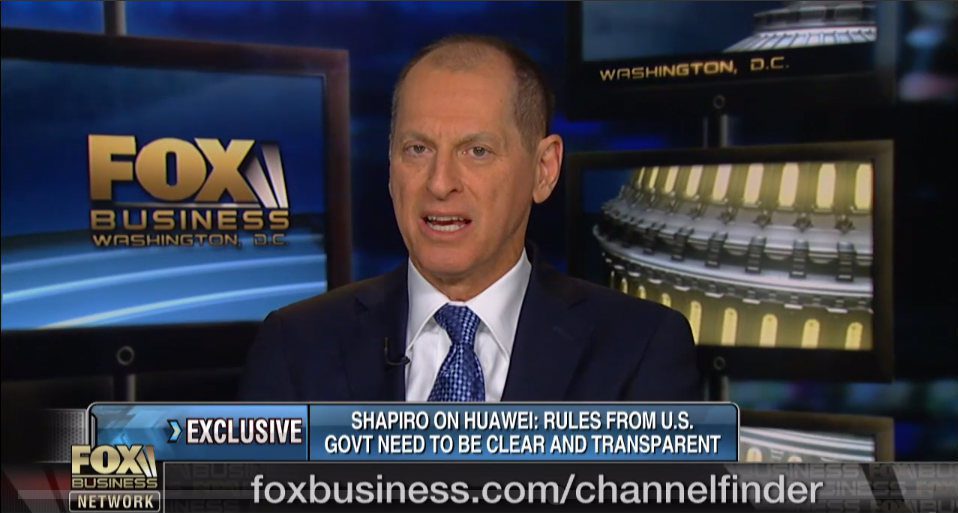 Saying the U.S. tariff policies are “putting an economic fence around the United States,” Consumer Technology Association (CTA) CEO Gary Shapiro warned viewers on Fox Business Network (FBN) channel that the impact on the consumer electronics industry could be significant.

“There is a lot going on at once and it is creating a bit of an economic crisis in our industry. On top of the 10% tariffs we are now facing 25% tariffs on all products,” he told FBN TV host Liz Claman.

“It’s not a great situation and we are creating false emergencies.”
— Gary Shapiro, CTA

He says the tariffs are giving the message that “we don’t want to do business with the rest of the world. The U.S. is telling the rest of the world that we want to go alone. That is not a healthy thing for any American company. We are leading the world now in innovation, we have the best companies and the best strategy and we are stepping on it,” he says.

Shapiro says the entire range of policies, including the tough immigration policy that is reducing the number of highly skilled workers entering the U.S and the restriction on using Huawei chipsets, are among the reasons the stock market has been so volatile. Shapiro warns the policies will slow down the adoption of 5G in the U.S.

“It’s not a great situation and we are creating false emergencies,” he said. “On the other hand, China is unfair. We have to do something, but we have alternatives.

“My message is don’t throw away American industry, American farmers and all these other things where we are leading the world as part of this effort to become economically self-sufficient and isolationist. It’s really not worth it. We are going to suffer and our kids are going to suffer in the long run for the short term gain of punishing China.”

CTA is calling on its members to submit comments to the Office of the United States Trade Representative during the open comment period, which ends June 7, 2019.

Meanwhile, manufacturers are beginning to implement higher prices to integrators. Savant issued this memorandum to its dealer base, for example:

As you know, government imposed tariffs have increased the costs of many electronic components. These increases began taking effect late 2018 and given the current economic conditions costs are expected to further increase on June 1, 2019.  Up to this point, Savant has absorbed the increased cost without impacting pricing, however with the latest news expected to be in effect June 1, we will be forced to share these costs with our valued customers.

While many companies have chosen to increase pricing on their hardware, we have decided to simply add a percentage tariff cost to each invoice at a flat rate.  Highlighting the tariff specifically vs. a price change provides us flexibility to reduce or eliminate this charge as government trade policy changes.

Please note that effective Monday, June 17th each Savant invoice will reflect a tariff of 3.75% against all hardware on the order.

We appreciate your continued support and will keep you informed as circumstances continue to evolve.

Below is a PDF document on the tariffs titled “Requests for Emergency Clearance of a Collection of Information by the Office of Management and for Comments.”