Comcast is helping its cable TV subscribers to get the most from their big-game experience by showcasing the voice-control capabilities of its X1 voice remote control.
Robert Archer 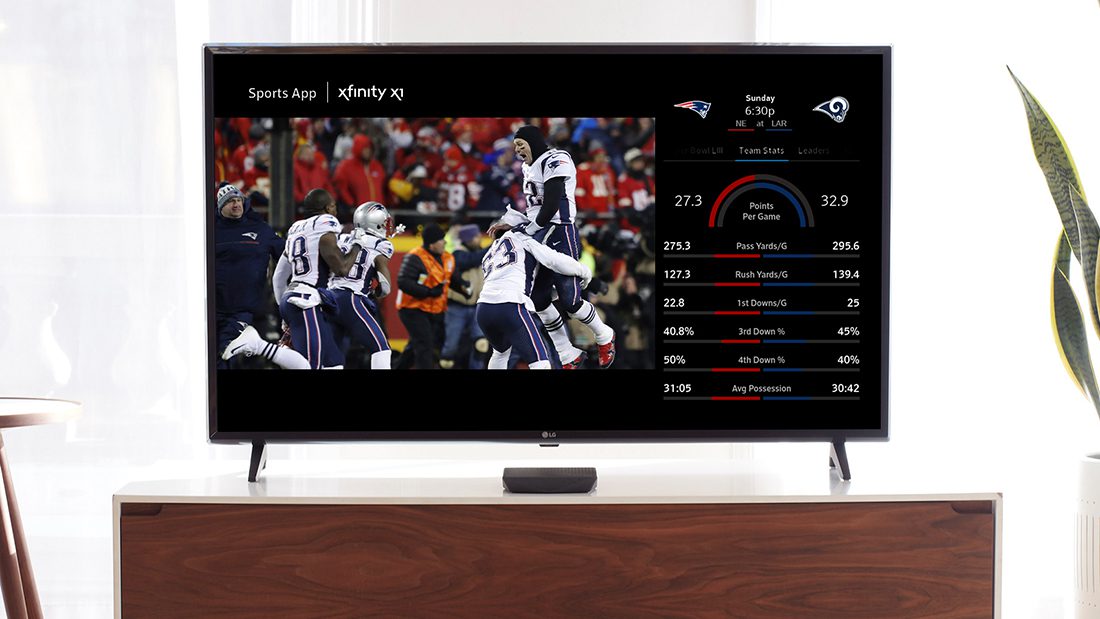 Comcast says that its X1 voice control system capabilities allow users to search for team stats, control their lights and security cameras and even find recipes all for the big game between the Patriots and Rams.

Through the power of Comcast's latest system capabilities, cable subscribers can now benefit from the company's new voice control technologies to maximize their big-game viewing experience.

Comcast says that subscribers can use its latest voice-command technologies to watch Tom Brady and the New England Patriots battle Jared Goff and the Los Angeles Rams on Sunday Feb. 4 in Atlanta at approximately 6:30 p.m EST.

According to the national cable and Internet service provider, subscribers can use its X1 system voice-enabled remote control to issue commands to find the game on TV that include:

In addition, Comcast Home customers can add team themes to their homes' lighting schemes by placing red and blue or blue and yellow light bulbs into their lights and issuing voice commands such as “Xfinity Home, go Patriots” or “Xfinity Home go Rams.”

When hosting guests for the big-game party, homeowners can command their Comcast systems to “Show me my WiFi password” to display that information on their TVs to share that information with party guests.

Comcast subscribers can search for football highlights by stating commands such as “NFL” into their voice-control remotes or “show me Maroon 5 videos on YouTube” to learn more about the pop band playing the halftime show.

Lending a hand before the party and game begins, the cable provider says users can ask its voice services to “Show me wings recipes on YouTube,” and it can set the appropriate mood after the game by playing We are the Champions if the homeowner's favorite team won the game.

During 2018, Comcast reports it processed more than 9 billion voice commands for its customers, which puts into perspective how much Americans are using its voice technologies.