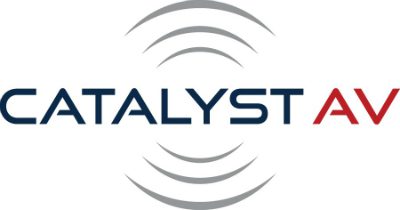 The Catalyst AV distribution network has added Mid-State Distributing to its member base, its fourth member addition in three months.

The four new members help Catalyst AV complete its coverage of the Midwest, an area the company wanted to address after Allnet was purchased by SnapAV back in March.

“We are excited about having Mid-State joining Catalyst AV and cover Minnesota and South and North Dakota. Mid-State has been around for 70 years plus, covers thousands of accounts and has an enormous reach through its sales network of 28 salespeople. This is a very important addition to the ever-growing Catalyst AV Network, and gives us a very solid coverage in the Minnesota and South and North Dakota markets,” says Catalyst AV executive director Helge Fischer.

The four recently added members are all located in the Midwest. They include:

President of Mid-State Distributing Jeff Hedden adds, “There are so many parallels between our business and the goals of Catalyst AV. We are seeing significant growth in commercial with surveillance and automation on the upswing and we wanted to expand our group into a national base with a membership of forward thinkers.

“Catalyst AV has a great market name with big player vendors and staff; it is great to be onboard a distribution network of this caliber.”

Founded in 2012, Catalyst AV is a network of 14 independent consumer electronics distributors serving the residential and professional A/V channels in the U.S via its 28-locations. The Catalyst AV Board of Directors consists of Dan Haight (Pioneer Music Company); Chris Gentile (AHA Distributing); Ron Perron (HCA Distributing) and Fischer.

The full slate of Catalyst AV's privately-owned distribution companies is: