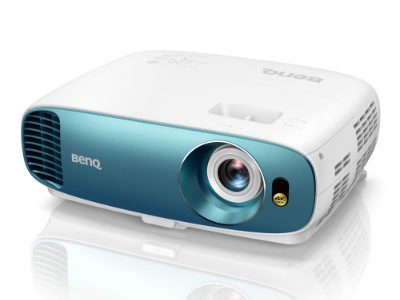 BenQ's new TK800 4K DLP is a “home entertainment projector for sports fans,” the company says. The HDR-capable UltraHD projector ($1,500 MSRP) can produce 3,000 lumens of brightness, making it ideal for open spaces where sports buffs might gather, either indoors our out.

While these specs suggest the TK800 would work well for any home-entertainment need, the company adds some special sauce that “fully captures the excitement and thrill” of sporting events.

A more finely tuned football mode “preserves natural skin tones, while intensifying lush grass,” BenQ explains, “and football sound mode clarifies the announcer's every comment even as you're immersed in the cheering crowd in the open-air stadium atmosphere.”

The 5-watt system is upgraded with “dramatically wider frequency range” from earlier models, and BenQ says it offers “exclusive EQ algorithms for pure clarity and sensual sound quality as used by Hollywood studios.”

The TK800 includes a 1.2x zoom and automatic keystone correction. 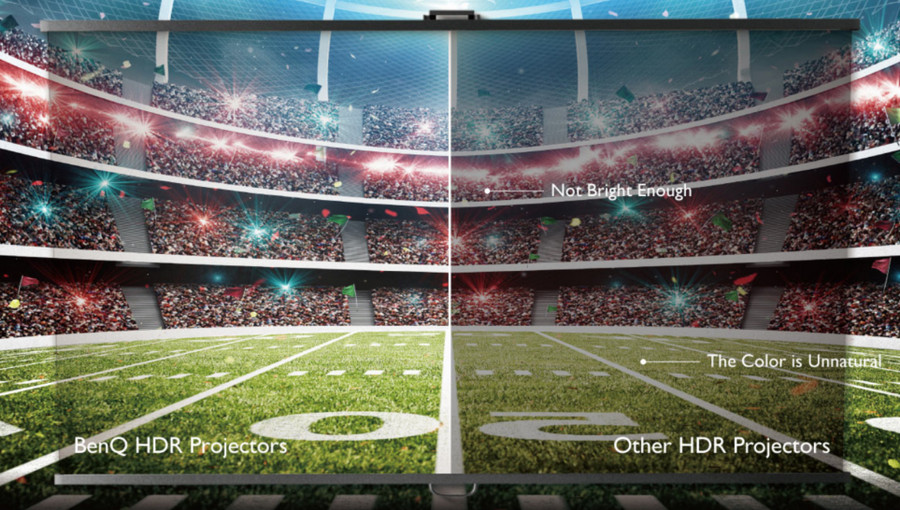 BenQ vs. the competition … according to BenQ