AudioQuest's new NRG-Y3 and NRG-Z3 AC power cables add to its NRG Series to give integrators more options to optimize their high-performance A/V systems so noise is filtered out and they deliver lowest distortion, highest resolution possible.
Arlen Schweiger 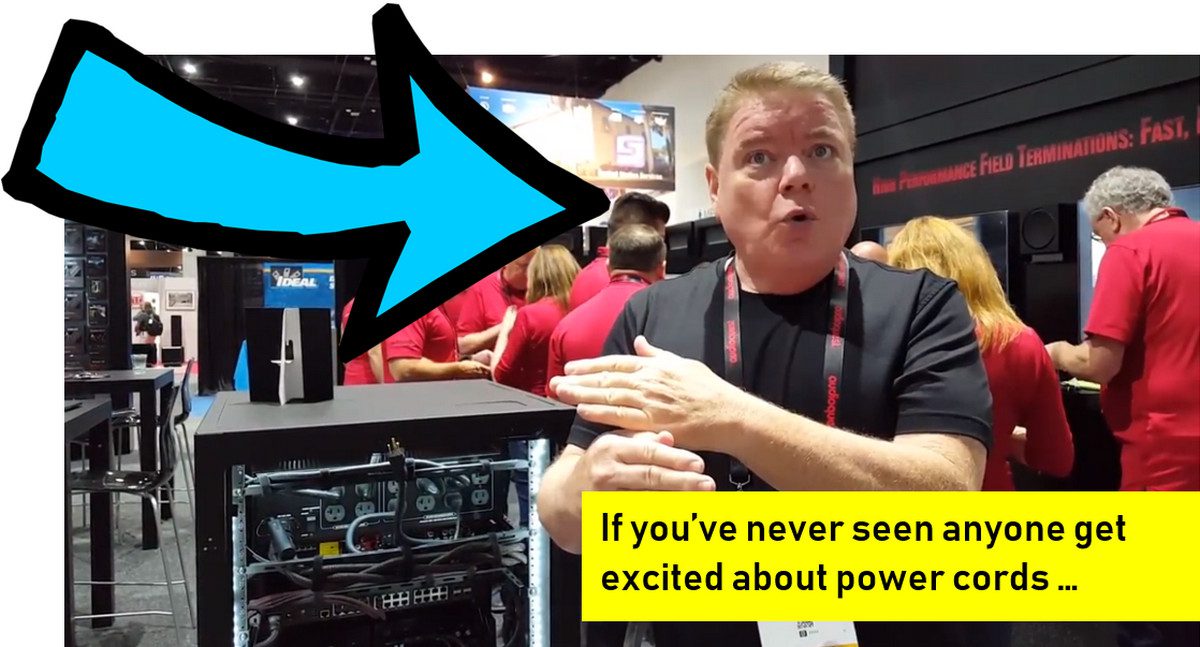 Note to elite audio dealers: If you can't sell high-performance power cables and conditioners after listening to AudioQuest's Garth Powell, then the cause is hopeless.

Not so much about power cords.

That's unless you're AudioQuest, a leader in high-performance audio and video cables, but also a tireless promoter of clean power.

To listen to Garth Powell, AudioQuest’s director of power products, explain and evangelize why power conditioning and power cables are so vital to system performance is to hear someone whose passion for the category shines through … and gives integrators the perfect sales and demo pitch in the process.

On a Mission to Rid All the Noise

“If you’re going for performance, you’re constantly looking for the means of not only giving a better experience that justifies moving up to $50,000, $100,000 and well into six figures; when you do that we’re demanding better resolution, better definition – we’re pushing technology to the better edge, and our cable specs [in general] can barely make it,” Powell said during last month’s CEDIA Expo 2018 in San Diego, where among its many cable, power and audio products the company was showing its latest Y and Z Series Low-Distortion 3-Pole Power Cables.

“We’re talking about audio where, when I started out, a typical commercial release you’d be lucky to have 50dB of dynamic range; today with digital uncompressed you could have up to 130 decibels,” he continued. “The problem is there’s 10,000 times more noise – due to Bluetooth, due to cellular towers, more RF coming through than there ever was before. This induces itself into everybody’s circuitry and what’s happening now is if you don’t take care of that, up to a third of your low-level signals that define high definition, high resolution they’re either distorted or their wiped out by the masking effect – they’re gone.”

That means that even the best products in your racks and those 4K projectors and OLEDs that are installed in the theater or media room have the potential to perform better if power is properly addressed.

“So when you get a better screen, a better amplifier, a better processor, yes you will see and hear a difference, but you’re getting a better experience with the signal that’s left – once that signal’s gone, it’s gone forever, and it starts with the power,” Powell says. “Everything that has a cord feeding to it starts there. Once that noise gets in, if we don’t address that properly, we don’t drain that away and turn it into heat, we’ve got a problem and we’re not going to get all the performance.”

AudioQuest’s NRG Series AC power cables have been around for a while, and the latest additions are the NRG-Y3 and NRG-Z3.

Both products feature silver-plated shield conductors to effectively drain RF noise and neutral shields to ground via a third “ground” pin, according to the company, as well as zero (no) characteristic impedance, or uncompressed current transfer.

Powell noted that the grounded connector is a key differentiator. As he unplugged it from the company’s Niagara 5000 AC power conditioner during CEDIA Expo he elaborated on its power-aiding prowess.

“Why on a two-prong C7 would we have a grounded connector? It makes no sense, right? We must have done something wrong. Actually, no. This has never been done,” Powell said. “If you’re looking at an AC power cable, you’re looking at an antenna; it’s supposed to deliver 120 volts, 60Hz in North America, but unfortunately it’s also an antenna. 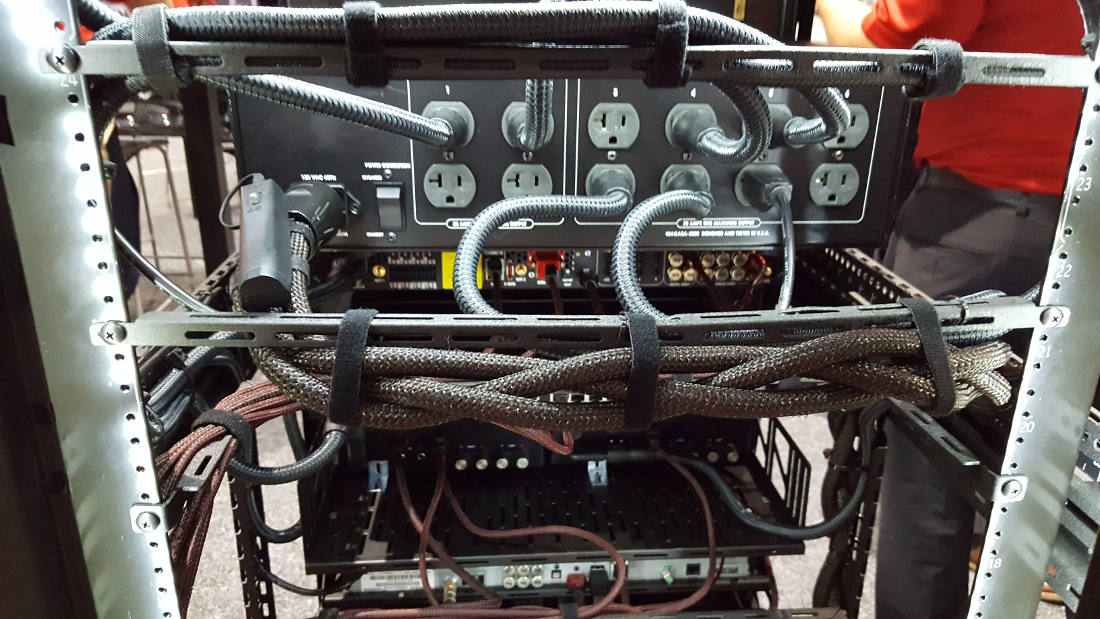 “Now the reason that that’s important is that there is such a preponderance of radio frequency noise today, and that noise gets through the power supply, comes through the ground which bypasses your power supply and that couples to the signal. When it couples to the signal, it distorts the signal as well as masking some of the audio and video content. A great deal of it – the lower-level information that’s compressed in particular – we don’t want that. … This is why having the lowest distortion cable is going to be absolutely necessary, and this is one of the ways we’ve done it.”

By grounding a two-prong connector properly and also working with the company’s new zero or no characteristic impedance technology AudioQuest makes sure that the noise dissipation is as great as it can possibly be, Powell said, while at the same time making sure that any amplifier that we’re connecting to has the lowest characteristic impedance path so that current transients which the amplifier will need have that ability to deliver that current to the power supply with no restriction.

“So all of a sudden you have the power, the robustness, the visceral impact,” he enthused. “Is this for everybody? No, it’s not, but when you’re talking about higher levels of performance it’s the only way to assure that you’ll have that resolution in the first place.” 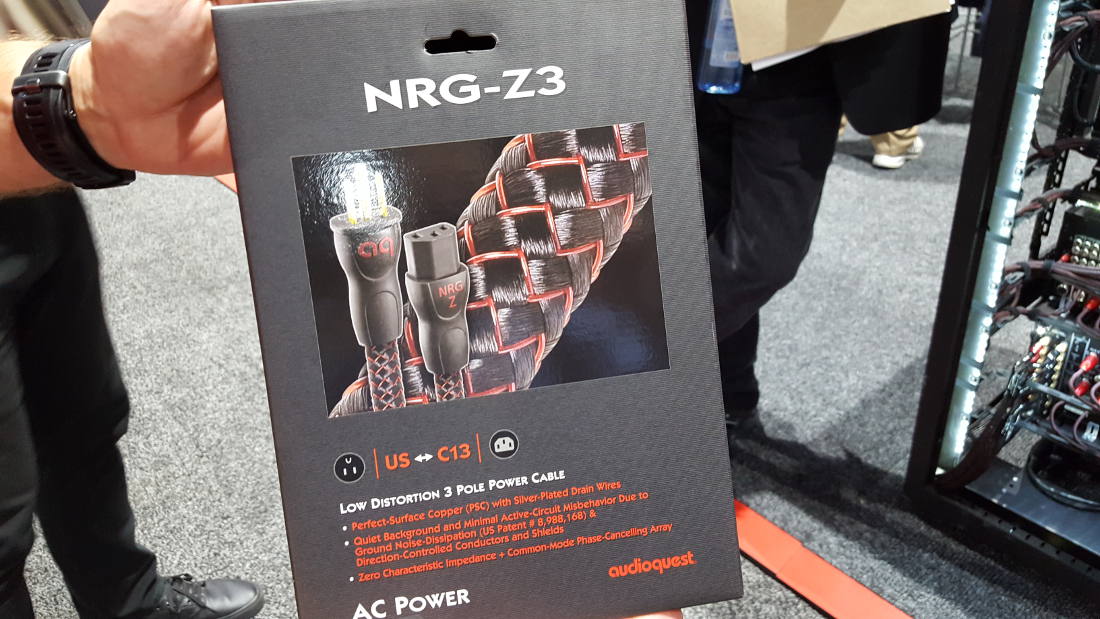