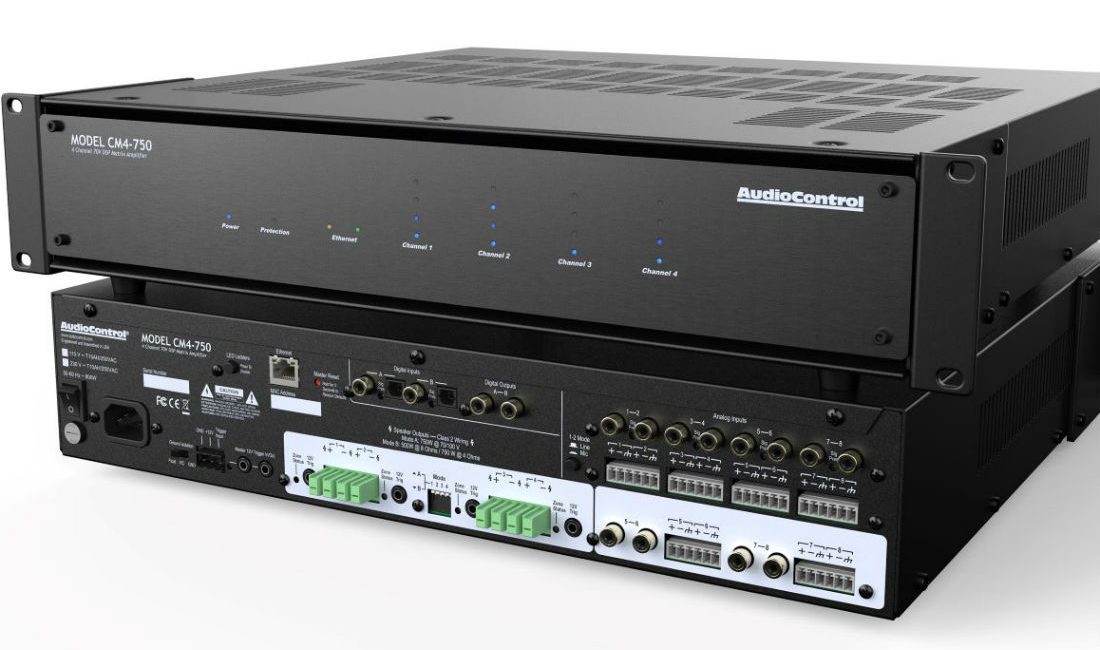 The 4-channel CM4-750 is the first 70-volt amplifier in AudioControl's CM Series of products.

The company says these key features enable integrators to precisely tailor the sound by zone to any environment. The 70-volt amplifiers also offer advanced graphic and parametric equalization along with onboard crossovers.

The first CM Series model to become available is the 4-channel CM4-750, followed shortly by 2-channel and 3-channel versions.

Related: An Introduction to 70-Volt Options

System setup and diagnostics can be managed remotely via an IP web-based browser or app for PC, Mac, iOS, and Android, facilitating control of the amplifier via IP and/or RS232.

The Avalon G4 is fully configurable to operate as a 4-channel, 3-channel or 2-channel amplifier using intuitive rear-panel controls. The 2U rack space Avalon G4 delivers performance from a Class H design that achieves 230 watts/8-ohms or 300 watts/4-ohms into four channels all channels driven.

The Avalon G4 has been designed to match AudioControl’s Maestro M9 and M5 cinema processors and is ideally suited for immersive surround formats such as Dolby Atmos or as a premium standalone power amplifier for a multi-zone entertainment system.