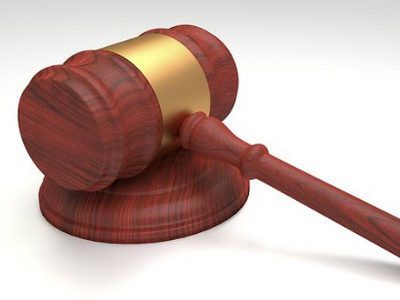 Court agrees to hear lawsuit by former ADT salesperson on alleged breaches such as "denial of timely access to employee file."

Not long ago an aggrieved former ADT sales rep filed a lawsuit against his employer in California’s federal court, in a case with relevance and potential ramifications for other installing security systems companies.

The district court decided a motion for summary judgment to dismiss nine causes of action. The judge laid out the preliminary facts and issues as quoted below.

“Defendant ADT is a corporation that provides residential and business electronic security systems, fire protection, and other related alarm monitoring services. Plaintiff worked for defendant as a residential high volume sales representative from Sept. 9, 2014 through Oct., 2015.

Plaintiff was based out of ADT’s San Diego office, which had territorial responsibility for both San Diego and Imperial County. High volume sales representatives at ADT are tasked with securing new sales of portfolio package sales and upgrades to new ADT residential customers.

ADT had a written policy of issuing a sales quota to high volume sales representatives. Plaintiff was required to sell 192 units a year with the expectation of selling four units weekly or 16 units per month, and was expected to perform at 100% of the quota.

The quota of 192 units was contained within a written sales compensation plan that plaintiff was provided and signed upon his hiring on Sept. 10, 2014. Plaintiff received a written warning on July 1, 2015, for failing to meet sales goals for the month of June.

On Sept. 29, 2015, plaintiff was given a written warning for failure to meet sales goals in August and September of 2015. Plaintiff resigned from employment with defendant on Oct. 2, 2016.”

“ADT seeks partial summary judgment as to all causes of action, except for the eighth cause of action for denial of timely access to employee file.”

It’s a long decision, though it would probably quench your morbid sense of curiosity regarding some of the inner workings of ADT and its relationship with at least this one “high volume sales representative.”

If you use the Standard Form Employment Agreement  it includes an arbitration clause, which if included may have resolved this case a lot faster. Actually, as of press time, it was not entirely resolved yet and so perhaps we will see a decision dealing with the remaining issues.

Some democratic senators are considering introducing legislation prohibiting compulsory arbitration in employment disputes, but at the moment — and I think for the foreseeable future you can require arbitration. If you don’t have the proper employment agreement, I suggest you get your hands on it immediately — ADT included. This case can be read here.