The reasonably priced Trendnet AC1200 Extender can be used to improve the coverage of wireless networks with approximately 30 minutes of installation.
Robert Archer 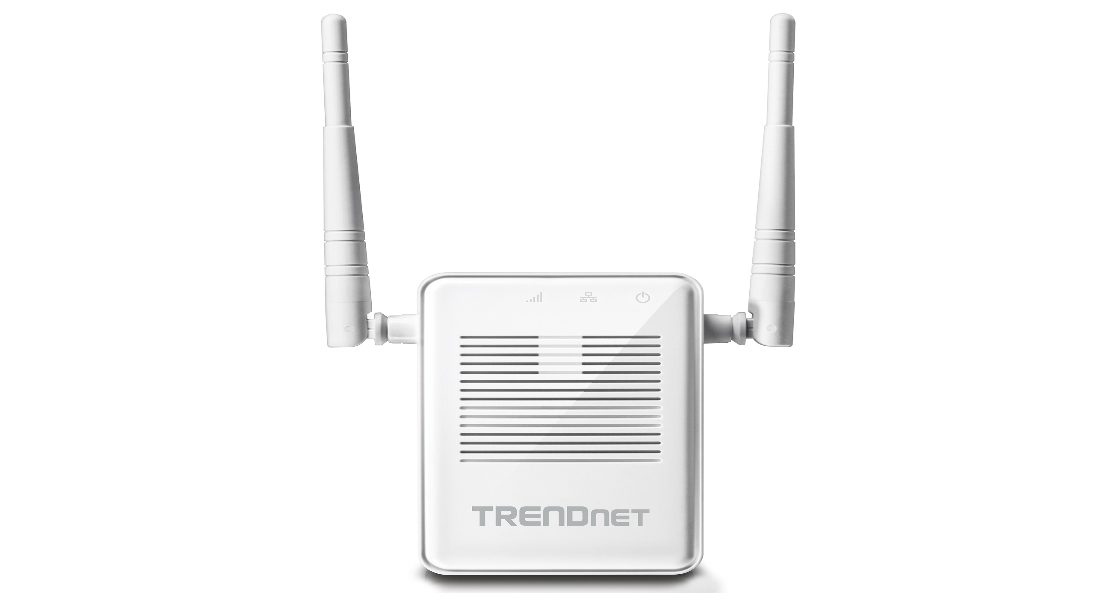 The Trendnet AC1200 extender is a reasonably priced network solution that takes about 30 minutes to install.

Helping to affordably solve one of the biggest homeowner concerns with wireless network connectivity, the Trendnet AC1200 extends the range of AC- and N-based networks.

Costing approximately $66, the latest Trendnet network extender is small enough to blend into just about any home space, and it’s generally easy to install.

Integrators should take note, as the product provides an efficient way to extend clients’ networks without adding a lot of additional costs to a job. Between the cost of the product and the overall reasonable setup process, the Trendnet AC1200 Extender is something integrators can keep in their trucks to solve a variety of network problems.

Physically, the AC1200 Extender is just a little bigger than a wall-wart power supply. Plugging directly into a wall outlet, the AC1200 Extender takes up a minimum footprint within a room and the only real hint the product is a network device are the unit’s two antennas.

The small-footprint device plugs directly into power outlets to minimize its appearance within a room, and once plugged in, integrators can configure the AC1200 to work as an extender or access point.

Trendnet says the AC1200 is capable of extending the distances of both AC- and N-based protocols concurrently.

In addition, the AC1200 also includes a gigabit Ethernet port to provide the option of a wired network connection.

Before I get into the nuts and bolts of the setup process, I would like to point out that it took about 30 minutes for me to get the AC1200 up and running.

Within that half-hour time period, naturally, I started by choosing the auto-configuration method.

My experience using the auto setup mode wasn’t good, however, and based on not being able to connect with the automatic method I chose the manual method to configure the AC1200, which ultimately worked.

The manual setup method entailed me connecting an Ethernet cable to the AC1200’s wired Ethernet port and plugging the other end of the cable into my Apple MacBook Pro computer.

I started by verifying the Trendnet AC1200 Extender was operating as an extender, and I then I did a search to find a wireless network signal. After inputting an IP address to access the AC1200 Extender, I entered the product’s interface.

Once in the AC1200's interface, I created a password; I saved that password, and I then logged the Trendnet unit onto my network. The AC1200 Extender will then scan the respective networks available and assign a rating number to each signal based on the strength of the signal.

After choosing my network, the Trendnet AC1200 saved my network name and password, completing the setup.

Checking the AC1200’s network speed, I grabbed my MacBook Pro and went to the Netflix-sponsored speed rating site Fast.com. I proceeded to do a comparison of signals, pitting the network against the Trendnet unit.

Starting with my network in the same location within my home, which was the furthest point in my house my network reliably reached, I found Fast.com measured my network speed at 77Mbps.

Going through the same process again but using the Trendnet located on the same level I was measuring from previously, I got a measurement of 98Mbps, so I did see a bit more performance and connectivity from the Trendnet AC1200 Extender.

Trying some more network tests in a different type of scenario via the Wi-Fi Deadspots app on my iPhone 8, I placed the Trendnet AC1200 extender in the downstairs far corner of my house in a room I call my “Music Room.”

For approximately $66 and 30 minutes of installation time, I think the Trendnet AC1200 extender is a device integrators should consider for a network quick-fix to keep clients happily connected.

I thought the AC1200 held its own when comparing it to the strongest signals of my network (that includes Araknis and Luxul equipment) by measuring the respective performance of each device in the same room.

The Luxul WAP is located in my living room and I used the app to test my network speed by standing in the middle of my living room to take the measurements. Heading downstairs into my Music Room, I ran the same tests again using the Trendnet product following the same procedures.

Starting upstairs, I measured the network speed of my Luxul access point at 260Mbps, as well as my network's delay (the time it takes my Araknis router to respond to a signal) at just under 18ms, and its upload speed of 24Mbps.

Downstairs in the same room with the Trendnet AC1200 using its AC and N technologies, I recorded a network speed of 173Mbps, along with a network delay time of 13ms, and roughly the same upload time of 23.6Mbps.

From my perspective, I think the numbers are pretty comparable and realistically I doubt any homeowner would notice the difference between their network and the extender if they were gaming or streaming videos.

Moreover, from a dealer perspective, I think having a few of these units readily available is a good thing. Connectivity is king these days and anything integrators can use to help their clients improve their network capabilities is a positive, regardless of what type of expectations the client rightfully or wrongly has related to their networks’ abilities.

For approximately $66 and 30 minutes of installation time, I think the Trendnet AC1200 extender is a device integrators should consider for a network quick-fix to keep clients happily connected.