See You in Indianapolis: Integrators Are Excited to Return to In-Person CEDIA Expo

Integrators from across the United States are excited to get off Zoom calls and start meeting up face-to-face at this year's CEDIA Expo in Indianapolis.
Arlen Schweiger

Integrators are ready and willing to get back to in-person events, and since it's been a few years since the last in-person CEDIA Expo, lots of integrators and CE pros are exited to reconnect for the first time in ages.

See You in Indianapolis: Integrators Are Excited to Return to In-Person CEDIA Expo

Nothing against the midwest, but how often does a trip to Indianapolis generate this much excitement?

With close friends who live in San Diego and Denver, the CEDIA Expo’s host cities (save for two visits to Dallas) since the last time it was staged in Indy in 2012 have been especially significant destinations for me. Thanks to the annual tradeshow scheduling, I’ve managed to extend the trips to include a few personal days with buddies I only rarely see.

Last year was going to be extra special too — my CEDIA Expo travel plans and dates finally aligned with Phish’s annual Labor Day weekend concerts in Denver and I scored tickets to attend two shows. Of course, we all know how last year turned out.

Well, as we’ve enthusiastically reported for a while now, this year the Expo returns as an in-person event following last fall’s virtual edition. No, it’s not California or Colorado, but I am so beyond ready to fly the friendly skies again and head out to the Hoosier State. Registration for the Sept. 1-3 show, being held at the Indiana Convention Center, has been open since early June and you have a whole month left to reserve your spot and join us there!

I’m excited to chat with manufacturers, distributors, integrators and association folks without launching a darn Zoom meeting. And based on my conversations with everyone on Zoom over the past several months, they’re just as jazzed to do the same.

During recent calls with members of CE Pro’s VIP Peer-to-Peer Networking Group, I asked the integrators if they planned to attend the Expo. While naturally some companies could not say definitively whether they were going, others shared their eagerness to return to in-person meetings, demos where they can see and hold products, non-virtual happy hours and more. Just a few examples:

Mike Schnaiter of Fusion Audio + Video in Greenville, S.C., notes, “It certainly is nice that things are relaxing and opening back up, and we’re starting return to normal life. It would be great to get that exposure of face-to-face. I think a lot of folks are getting restless being stuck in the office or stuck and home and are ready to jump out there.”

Curt Nelson of Lewis Audio Video in the Portland, Ore., area says the company attends CEDIA Expo every 2 to 3 years, and he is going this year to see and learn as much as he can on one hot technology in particular. “Lighting. Lighting and fixture specification … that’s our full focus right now.” 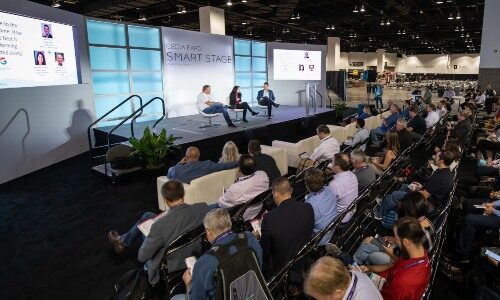 Kyle Steele of Burbank, Calif.-based Global Wave Integration echoed a similar sentiment, and that he’ll be in Indy seeking out wellness and home healthcare tech progress. “We have a big push on that. I’d like to see the industry get more involved in home health … it’s just such a large, untapped market.”

Jason Brown of Baton Rouge, La.-based Acadian Total Security says the show is an essential resource for his company as it continues growth into smart home and entertainment coming from the security space.

He recalls his last visit to a CEDIA Expo was “unbelievable,” noting, “Wow, that’s a heck of a show to go to and learn what’s coming. He adds, “We sure need our shows back to get in front of people again — we could just walk down the aisle [and see the products]. We’re ready.”

The cherry on top for me is that after the CEDIA Expo ends, I’ll get to see old friends and Phish after all when I hightail it to Denver to catch a couple of concerts rescheduled from 2020 before flying back on Labor Day.

So whatever reasons might add to your own anticipation of an in-person CEDIA Expo’s return, the CE Pro editorial team and Emerald can’t wait to see you in Indy!