Geoff Meads, managing director of the U.K.-based company Presto Web Design, has played more than 1,000 gigs in his musical life. Today, Meads is one half of the successful country duo Tennessee Twin.
Robert Archer 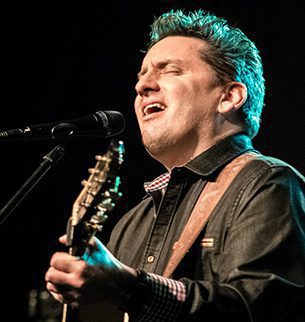 Geoff Meads, managing director of the U.K.-based Presto Web Design, has experienced one of the most diverse musical journeys of any CE Pro All-Star Band member.

Entering college, Meads says it is at this point where playing guitar and singing took front-and-center of his musical focus.

Now with over 30 years and well over 1,000 gigs to his credit, Meads says he is in the midst of his latest music stop in his journey: country music.

As part of his 30 years of musical activities, Meads has released five albums with his previous band Get Back, and he co-wrote a highly successful musical called “Joined At The Heart” that ran at the Edinburgh Fringe Festival in 2007.

Getting back to the topic of country music, Meads notes that he is one half of successful U.K. country duo Tennessee Twin along with his partner, Victoria.

The duo won the Nashville Music City/BA songwriting competition in 2018 with their song “Wings Of Red, White & Blue,” and Meads says Tennessee Twin's debut debut EP ‘Tips In A Jar’ went straight onto the U.K. iTunes Country Album Chart at number one in August 2019.

He also notes the duo gigs regularly and they recently appeared at the popular Cambridge Folk Festival.

Looking ahead, Meads adds that Tennessee Twin has a busy touring schedule across the U.K. and beyond, and he and his partner are working on a new album for release in Spring 2020.