A roundup of CES 2019 tweets that summarize a bunch of the latest and greatest new tech to grace the show floor.
Andrew Nichols 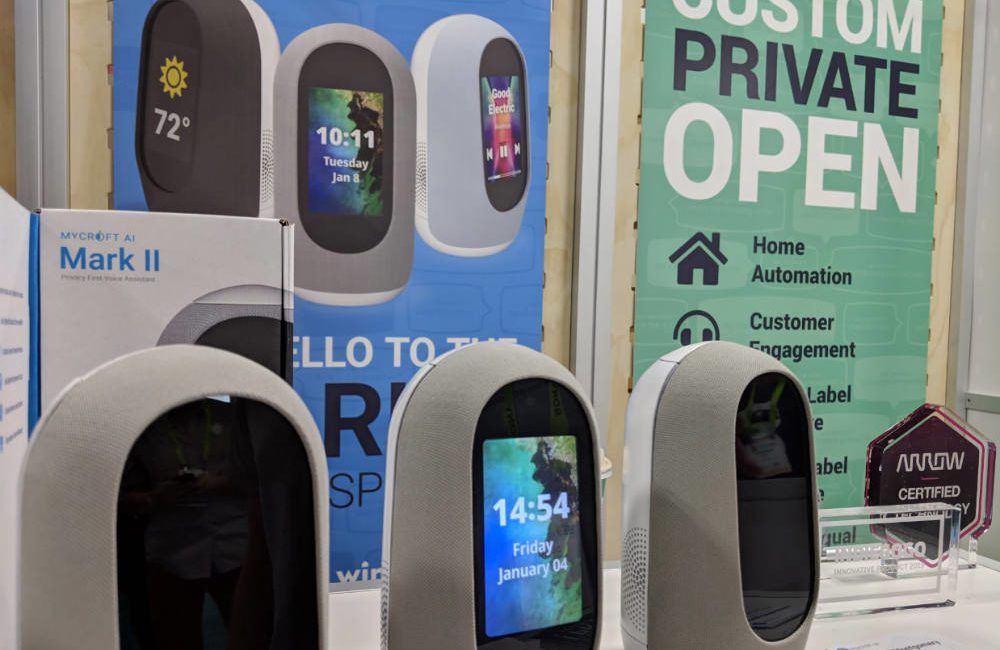 Guess what folks, it's day 3 of CES 2019 and with that comes a whole bunch more sweet tech. As usual, Julie is hoofing it around the show floor in search of the most intriguing things on offer. Below is a slew of tweets (follow her @juliejacobson) focusing on everything from voice control privacy to rocking beds (yes really).

Mycroft is an open source voice assistant designed to run anywhere, from a desktop computer, inside an automobile, or on a Raspberry Pi. It is also an open source software, meaning it can be freely remixed, extended, and improved. It uses natural language processing and machine learning to provide a continuously evolving assistant.

Cherry Home uses “proprietary computer vision algorithms [to] interpret optical data into virtual skeletons, which are used by the AI to understand and analyze home events and people's behaviors.” But the really clever part is how Cherry Home doesn't just use facial recognition, it also tracks gait, body proportion, and the colors of family member's clothes.

Back to back beds that rock adults to sleep. I get ess there's science behind it. Me?!I like my beds still. @Zenrize @RockingBed #eurekapark #CES2019 pic.twitter.com/f5hwdjhNoP

Have you ever missed the feeling of being rocked to sleep by your parents? Well, ZenRize is looking to instill that same feeling of calm comfort but for adults.

While there's not a ton of information out there, the company says its product is based on “proven scientific research into physical sensations and stimuli that enable people to naturally reach and maintain a state of deep relaxation which can then help them to sleep better.”

We've all fallen victim to plugging a USB cable in the wrong way only to flip it over and it still doesn't work. What gives? Thanks to Blitztek's patented Active Mapping circuitry the USB cable automatically directs all charge and data to the correct side. The cables also feature “hyperthreaded” 23 AWG cable to improve durability.

This isn't the first time Flo has been mentioned on CE Pro, but after receiving additional funding the water leak detection company is poised for a push into the collective consciousness of integrators.

Flo continually monitors water pressure; when that pressure changes, it could be a sign of trouble, like a small leak—even one as small as a drop of water per minute. Customers would likely never know a leak like this existed until months later when they actually see the damage. In addition, Flo also has sensors in place to detect the onset of freezing pipes. Cool stuff!

I'll be updating this list of tweets as CES 2019 continues. Please tweet at us @ce_pro with any cool finds!