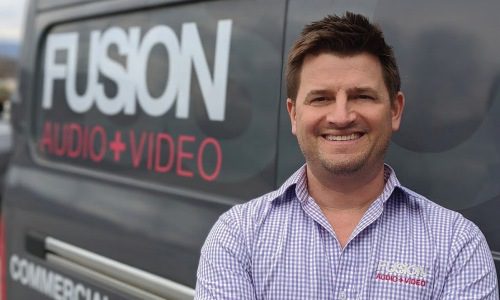 When Aaron Cowden, partner/CEO of Fusion Audio Video talks about the crucial elements to successfully implementing an end-to-end software solution for his custom integration company, he sounds a bit like a broken record.

With offices in Greenville, S.C., and Arden, N.C., Fusion AV has been in business for 17 years, growing to 38 employees and revenues over $6.5 million in 2019. Last year, the company’s commercial business grew an eye-popping 94%, while Fusion’s residential business was up a respectable 12%. Heading into 2020, the company is aiming to hit between $7.2 million and $7.3 million.

So with that kind of growth, it was vital the company maximize efficiency, and the first step was to identify and hone its processes.

“I thought we were a process-driven company,” admits Cowden, but it wasn’t until the company first adopted iPoint software in May 2019 that he realized he still had a long way to go.

“We struggled with realizing that we really had a lot of processes to dial in even more. Onboarding software is not as simple as installing some stuff and getting your team trained. You’ve got to build your company processes around the software,” he says.

So, Cowden and his team aimed to put down on paper every single step the company takes with a client, from initial outreach throughout to project completion to ongoing service and beyond. The resulting documentation was incredible… 400 to 500 steps.

“You need to sit in a room with every team member who is affected and walk through every process. You need to list out the steps with numbered bullets… even if you have to do it in Microsoft Word,” he advises. “You can condense it down to 20 broader steps, but it’s important to know the specific tasks that need to be taken under each broad step, and how those tasks branch off into another part of the company.”

He continues, “You have to create the roadmaps for your company, then determine how those steps flow through the software.”

Taking the time to document all those processes was eye opening for Cowden as he peeled back the onion to discover the company’s inefficiencies. For example, he says Fusion AV’s procedures from lead to proposal to sales order to billing had never been fully documented. Likewise, the proposal-to-billing cycle, as well as the request-toorder all the way through receiving a product for inventory was not fully tracked.

“How does the process flow? Who is in charge of what step? When does each person need to take action on each step? Who clicks what box? Who puts what where? What label goes on what box? Who puts the label on the box? Once we figured it out, it really started to flow pretty quickly,” he says. 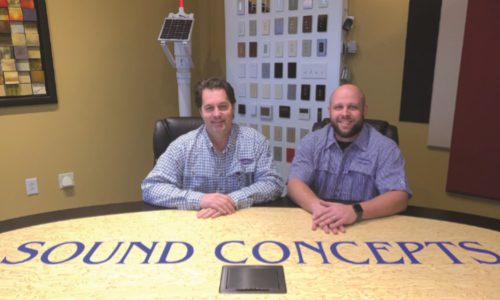 That documentation exercise meant it took Fusion AV longer to adopt iPoint. Eventually, Cowden appointed himself as the in-house guru to manage the process identification and iPoint onboarding.

“There has to be one person that is your champion and that person has to be 100% committed. He also has to have the bandwidth and be a problem solver,” he advises.

Now, with iPoint in place, Fusion AV has seen its average time to produce a proposal go from weeks to days.

“That’s a big deal. We can pull a proposal, deliver it to the customer electronically, have them sign it electronically, be notified electronically, send them in invoice in iPoint, and get paid out of iPoint. No more driving over to drop off a contract, then waiting for the client to mail us a check,” says Cowden.

That cashflow improvement has been vital. He recalls a recent project where a commercial client had a tight one-week timeframe to get the job done. In the past, Fusion likely would have refused the project simply because the company would not have received a check from the client in time to order the equipment. With iPoint, Fusion had the money in 10 minutes.

“This is the modern world, but many integrators in our industry are still manually sending out invoices in Quickbooks. Taking away those manual tasks and making them automatic is what is so cool about iPoint,” he adds.

Cowden warns other integrators that buying software, even iPoint, does not solve all your problems.

“Implementing any business process software is incredibly painful and hard if you don’t have your processes identified. There is only so much a software vendor can help you with because in the end, they don’t run the company,” he says.