Creating a perfect plan for an AV project requires more than designing a good system, and integrators who take the time to focus on their presentation materials may end up making more money.
Paul Dexter
AV businesses that focus on creating a great presentation often end up winning a job over another integrator. (Image Credit: fizkes/stock.adobe.com)
Article:
Business Support | Operations | Software/Services
October 25, 2021

In the world of AV integration, if you want to sell more projects, you need to enhance your presentation.

Here’s a good example of what I mean: In my early days of designing and selling AV systems I quoted and proposed a project for a large church. It was one of my bigger projects at the time and I was at the limit of my expertise in designing for the size and scale of this audio system. Still, I put together a system that I knew would perform well.

My marketing and graphic design background was always front and center in my AV presentations. My proposal was clear, visually appealing, included quality photos of previous projects, and it highlighted quotes from very satisfied clients.

I broke the system down into three or four smaller categories, such as the speakers themselves, the mixing system, and the lighting system. Smaller bite-size pieces, each with their own description of work and line items.

So rather than, “The system will be capable of X dB and is going to be X megahertz to X quadrilaterals”, I said, “The listener will be able to enjoy the energetic sound with clarity, with very few areas in the room experiencing muddiness or low frequency unevenness.” My technical details were there for any interested party in the back of the proposal.

Project Proposals Are About More Than Creating the Perfect System

The client put my proposal against others they had gotten. They called me back for a follow-up meeting and showed me a proposal from the main competitor they were comparing me against. I recognized the person who designed the system. They were very well respected, and they had designed what would be a fantastic sounding system.

But, it was as if they hadn’t made it past middle school English. There were typos and sentence structure issues that signaled a lack of detail. Also, they wrote in purely technical terms, so these pastors and laypeople had no idea what they would actually be getting. 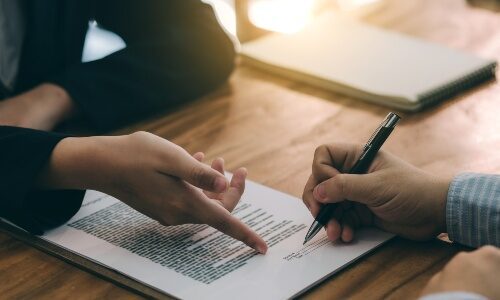 To make matters worse, their numbers weren’t even correct. For example, they had presented good, better and best options, and for the “Best” system, the line items totaled $150,000. However, they accidentally typed an extra zero, skyrocketing the system to 1.5 million dollars!

Their “Better” system was arguably as good or better than the system I had designed and for less money. But if you were that client, which AV company would you trust?

So I definitely believe big in the power of presentation, which is why the picture of the car sells more cars than the spreadsheet listing all the items in the car.

I also spent a lot of time looking for a sales platform that could help me do this more easily, which is part of what led me to develop Jetbuilt. Jetbuilt can help integrators create a well-crafted proposal like the ones I used to spend days putting together for my clients.