You probably work with—or for—someone whose work identity is as the person who gets to the office—or virtual office these days—before anyone and therefore cruises past the cubicle farm on the way to the exit before you’ve finished your lunch.

Maybe that person has read about how successful CEOs at some of the world’s biggest companies wake up before any rooster and flips their genius switch to the on position for another day of innovation and they figure it’s about the hours that person is working, not what they’re actually doing.

Spotify CEO Daniel Ek said in a recent interview he doesn’t start his workday until 10:30 a.m. most of the time and he doesn’t regret that one bit. In fact, he doesn’t even wake up until 6:30 a.m., which coincidentally is when I used to wake up when I drove to CI World Headquarters five days a week.

Here’s more about Ek and how his counterintuitive approach has helped him build one of the world’s most successful companies:

Actually seeing his family and tending to his physical health and mental growth until halfway to noon might sound like heresy, but Ek isn’t the only big name to keep a similar schedule.

Jeff Bezos has described puttering around in the mornings, having breakfast with his kids and waiting for his brain to get up to speed around 10 before doing any serious decision-making.

Should you conclude from these two counterexamples that the early birds are wrong and the right approach is leisurely mornings? Absolutely not. The right takeaway is instead to call a truce in the morning-routine propaganda war.

Science shows that our circadian rhythms, which govern when we feel sleepy and when we feel alert and creative, are largely hard-wired. While one person might be bright-eyed and bushy-tailed at dawn, another is a useless zombie.

And it’s not just biology that makes reading about anybody else’s morning routine pointless. Part of why Ek has a slow start to the day, for example, is because while he’s based in Europe much of his staff is Stateside.

That means with the time difference his most important meetings land in the afternoon. Getting his thinking done in the morning makes sense for him.

Biological and logistical factors combine to make everyone’s situation unique. Read up on other people’s morning routines if you find it entertaining, but don’t think these articles can tell you anything about how you should structure your own day.

As someone who spent most of his work life waking up around 8 a.m. and getting to the office some time around 10, knowing the unpredictable nature of the local news business could mean I work 10 hours or more on that day, getting into the 9 to 5 routine took some adjustment for me. 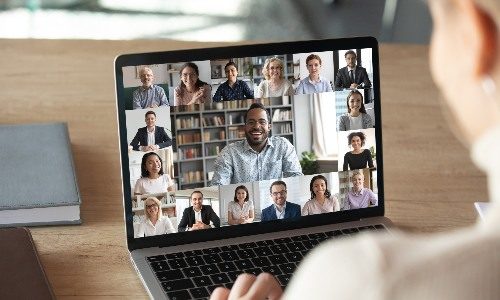 Related: How to 'Lead From Home' During the Coronavirus Outbreak

I got used to in part because I had to get my daughter to school every morning, then head off to work for the day. The fact we’re both at home five days a week now means I’ve had to show more willpower to stick to that routine, but I’ve done pretty well with it since mid-March.

I’m lucky to work for a company that allows some level of flexibility in terms of work schedules anyway and I know if I needed to change mine for any reason, it wouldn’t cause any problems or throw up any red flags.

It’s too bad more company leaders don’t realize that the time on the clock doesn’t always dictate the hours when their employees will be their most productive. Let’s hope the hybrid model of working has helped to drill that point into their heads since the coronavirus outbreak though.

Unless there’s a specific deadline that your employees will miss if they’re not on the clock at 8, why not just focus on the fact they’re finishing their work and doing it in a way that’s most productive for them? If your employees at their most productive, they’ll get more done than you expect in many cases.