How to Preserve Positive Company Culture in a WFH World

Business leaders are in a difficult position in 2020, often having to keep employee morale high while working from home. Here are some ways to combat business culture concerns.
D. Craig MacCormack

How to Preserve Positive Company Culture in a WFH World

There are a lot of challenges for business leaders these days thanks to the continuing spread of the coronavirus across the U.S. and around the world, not the least of which is simply keeping your company in business and viable despite all the obstacles in front of it.

One area that’s likely been getting short shrift lately as the focus continues on financial viability is the continuation of company culture, especially at a time when most, if not all, employees are working from home rather than coming into the office.

One of the reasons most of your employees have stayed at your company is because they like the vibe of the business but it’s tough to recreate that from everyone’s respective home offices. It’s a hidden challenge of sorts for business leaders today, but one they certainly can’t ignore.

If your culture goes away, your company becomes just like any across the AV integration landscape and it might make your star employers wonder if the culture is better at your top competitor instead.

Here’s one way to keep your company culture alive that might seem silly on its face but will at least get people talking:

According to Jason Korman, CEO and founder of culture design group Gapingvoid, Memetics is exactly what corporate America needs right now. Jason has helped to transform the cultures of companies like The US Air Force, Zappos, AT&T and more.

As basic as it sounds, the solution is to use memes to ensure your remote teams don’t feel stranded. That meme, an image, a virtual background can emit a feeling of connectedness, so everyone knows they’re in it together.

What is culture? Designing and executing culture change or culture reinforcement remotely is the challenge of the year. Many leaders are questioning how this can be done.

Though there are many frameworks and opinions, the Culture Science definition states: Culture is the water your people swim in. It is the characteristically undefined norms that drive in an unseen and often misunderstood way, your organization’s effectiveness, or ineffectiveness.

It is the difference between a job and a career, customers and fanatics, and employees or community. This definition addresses the unseen, but the genuine way that work gets done, and the insight is that ‘culture’ impacts every employee’s decision in everything they do.

It may be considered as the ‘psychological programming’ of the population; thus, the idea of letting it develop randomly is very unwise, and possibly even negligent.

Culture spreads through social connection; in extreme cases, via social contagion. There is a well-developed evolutionary biology on why units of culture spread, but for our purposes, all we need to understand is that there is a theory on why, and more importantly, how to make culture spread.

Cultural adoption is far more complex; it is about observation, copying, and testing. This means observing people who we view as successful, copying their beliefs, mindsets, and behaviors, and then testing them to see if “they work for me.”

If we accept this, then we recognize that these new tools are created by capturing the units of culture, codifying, and then encouraging them to spread.

The capture, codifying, and disseminating is an exercise in discovery, memetic design, and semiotic build. Culture is formed through distributed learning and is, in fact, a function of distributed cognition. 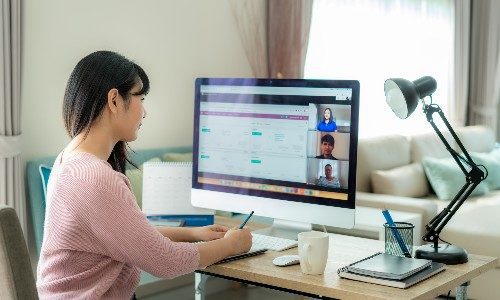 So, stop worrying so much about your business’ viability and where your next project is coming from and start sending out those memes. If only it were that easy to create and maintain culture, right?

The point is don’t lose touch with the people who got you where you are today. The people who work for your company are a big reason why the culture has been what it’s been for as long as it’s been that way and that’s led to your connections with your customers.

Remote or in-person or a little bit of both, make sure you keep your culture alive or the whole thing might crumble right before your eyes, no matter how good you are at staying on time and on budget.