Can You Eliminate Your Lead Technician Positions?

Integrator migrates away from lead technicians to project managers with positive results. Is that a formula you can repeat?
Jason Knott
Does your integration company need a lead technician role? Integrators could opt to eliminate the position in favor of project management positions.
Article:
Associations/Buying Groups | Business Support | Operations
October 6, 2021

Can You Eliminate Your Lead Technician Positions?

A common situation that likely plays out at many custom integration firms is promoting a high-quality technician to a lead technician role only to discover he may not be a good manager. Meanwhile, you’ve reduced or even eliminated one of your top performers from working effectively in the field on jobs. Why?

That is exactly the question Paul Ostrin of Unlimited Integration in Houston asked himself. That’s why the company made the bold move to eliminate its lead technician positions from the company. Instead, Ostrin hired two project managers from the construction industry who each oversee between 13 and 14 technicians.

“We found that the lead technicians would stop working because they became managers. It was crazy to take our best technicians and have them stop doing installations. Also, we also have trained several lead technicians in the past to become managers and then they would leave to start their own companies. So we just eliminated the position completely,” says Ostrin.

How is it working? Great, he said while speaking at the recent Azione Unlimited fall conference in Nashville. 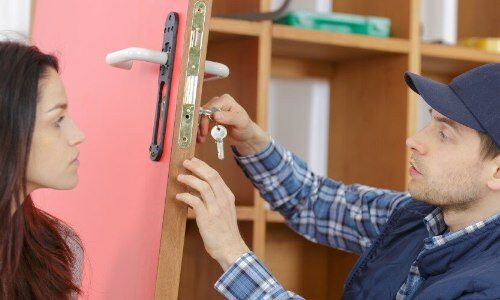 One project manager focuses on running the large jobs, while the other one heads up the smaller installations. Both the new project managers also set the entire installation schedule, do all the ordering, deal with the clients directly, and turn each project over to the service team.

“They write stuff down, they don’t over-promise, and they give precise timelines for installations,” he says.

Ostrin also discovered that their general construction background also was helpful in terms of being straightforward with clients, even if that means breaking bad news to them.

“They will tell the client that we are not available for 2 weeks. I was afraid to say that to customers. They do it and the clients say, ‘OK.’

So what was the reaction from the existing technicians to this new structure?

“They hated it at first,” says Ostrin, because eliminating the lead technician role ostensibly reduces their career path opportunity at the company. “But the technicians were making the same salaries and eventually they were OK with it,” he adds.

The elimination of the lead tech role did not eliminate the potential for raises for the technicians, who can earn more based on their experience and expertise.