Small business owners focused on AV may feel like it's difficult to find good employees, but there are a few ways for integrators to attract top talent.
Zachary Comeau

Finding talent in the AV industry has historically been challenging, but that has been made even harder over for companies of any size the last year and a half thanks to the pandemic. As the AV industry becomes more consolidated and increasingly dominated by a handful of larger integrators, finding talent for your small business is becoming even more challenging.

Small businesses – including small integrators – looking to find qualified talent in this highly specialized industry need to think outside of the box and differentiate themselves from their larger competitors, offer good benefits, stay nimble enough to adapt to changing workforce dynamics and market themselves to potential employees.

We spoke with small business recruiting expert Matt Abbott, general manager of recruiting firm The Sourcery, about how to attract the same talent as the big guys.

#1: Understand Who You Are

Small businesses are the lifeblood of many economies, and they can be great places to work if they have that family-oriented business culture that prospective employers find attractive.

Rather than look at it as competing with the larger companies in the space, Abbott says small businesses should instead understand who they are and buy into that.

Rather than focusing on what you can’t do, focus on what differentiates your company from the rest of the field.

“Know that so that you can talk to people and get them excited about your company first – not about the role,” Abbott says.

Small businesses can do this via marketing and branding and then source from a large talent pool rather than individual people and whittle the list down from there.

One big thing larger businesses have that small ones don’t is a competitive salary which many smaller players can’t match.

According to Abbott, businesses should ask themselves what they can offer instead of a highly competitive salary that would attract talent away from their larger competitors.

One of those things is transparency. Small businesses allow managers and executives to be abnormally close with their lowest-level employees, which should foster some sense of collaboration throughout the entire organization. This begs for a level of transparency not usually obtainable in larger businesses. 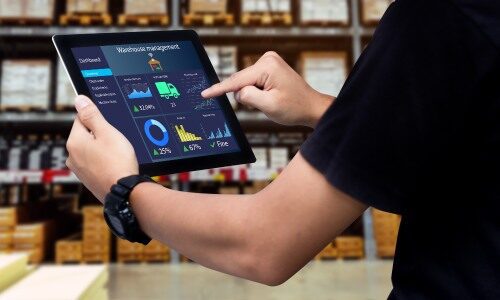 Related: How Distributors Are Helping to Ease the Labor Crisis

Opening the books up to your employees and having regular meetings to go over the company’s financials can help motivate employees and make them feel like they’re a larger part of the organization.

Abbott says another differentiator is benefits. If you can’t match your larger competitor’s salary, then make a concerted effort to offer better benefits and regularly evaluate your offerings to see if they’re on par or better with other local businesses.

“Think about those small things that you can ask your whole team that would make a difference,” Abbott says.

You can start small and incrementally add low-cost things to your benefits package, like pet insurance, for example.

When the pandemic took hold last spring, remote work became the new normal for workers around the world, and studies suggest that employees want to retain some of the flexibility that came with it. Now, work from home is the new baseline, Abbott says.

Larger companies have more real estate than small businesses, so executives at larger firms may be more apt to bring employees back to the office.

Forcing employees to come back to the office can result in employees quitting, as evidenced by what is becoming known as the great resignation.

This is because people are just now getting used to remote work and a new way of life, but are then asked to abruptly overhaul their work lives again and go back to the office, especially if certain positions are remote while others aren’t.

“This is an opportunity for small businesses to be in a position to move quickly,” Abbott says. “Whereas the other companies are more like big ships, and it takes a lot longer for them to turn.”