Coastal Source branches beyond landscape speaker to ‘hardscape’ speakers with the debut of its modular Razor line.
Jason Knott 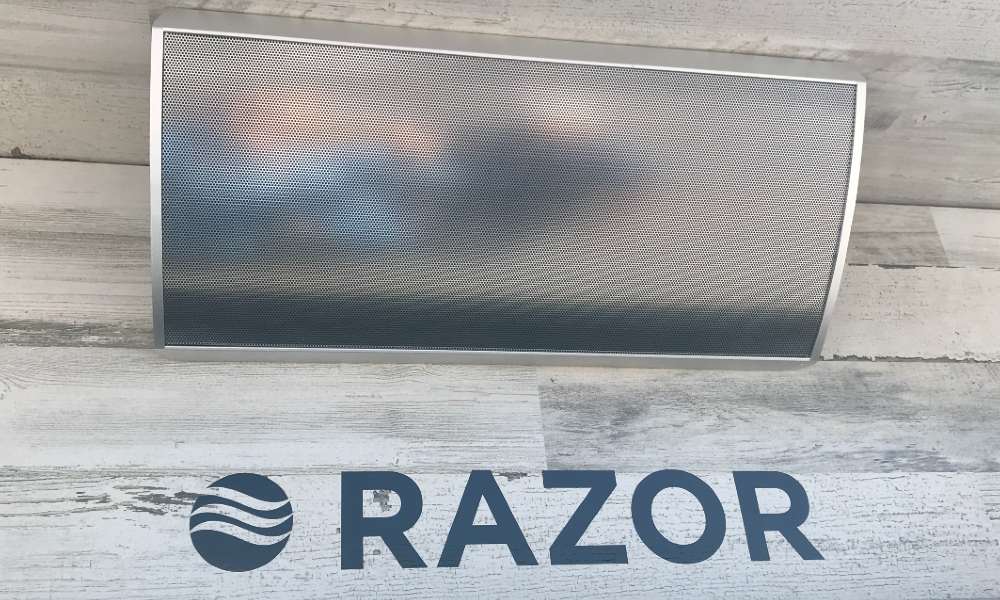 In the Coastal Source Razor’s 1/8-inch extruded aluminum enclosure, the driver is machined into the baffle so that the enclosure becomes a brace on both the front and back when the driver is bolted in.

The new Coastal Source Razor loudspeakers are definitely “a cut above.” The speakers, which debuted at CEDIA Expo 2022 in Dallas, extend the company’s solid reputation from landscape audio to “hardscape” audio for patios, decks, verandas, pool decks and rooftops.

“We’ve become known for landscape speakers that go out in the yard, but our dealers want us to bring that same quality to patios and decks. It’s what we are calling a ‘hardscape’ speaker,” says Franco D’Ascanio, president of Coastal Source.

The modular Coastal Source Razor has a unique shape… looking almost like a giant cartridge for a shaving razor; hence the name. Razor is a bi-amplified speaker with two low-frequency built-in subwoofers designed around a central coaxial driver.

The speaker design enables multiple configurations, such as a separate LCR soundbar with two subwoofer drivers, a stereo pair with three sub drivers, a high-powered three-way speaker, or as a line source speaker. Razor comes in 10.5, 21.5- or 32.5-inch models. At initial launch, the speaker comes in black and white, with custom colors coming. Custom sizes are also in the plan, according to D’Ascanio.

“We designed the Razor speaker from scratch over a three-year time period. Not just the design, style and mounting bracket, but every part of the driver, the magnet system, the voice coil, and the spider. Since it’s such a small space, the driver design is very unique because the pressures in that cabinet are extremely high. The driver has to compress the air in a small volume. For the kind of bass response you need, there’s a lot of compression,” he explains.

In the Razor’s 1/8-inch extruded aluminum enclosure, the driver is machined into the baffle so that the enclosure becomes a brace on both the front and back when the driver is bolted in. There is also a thermal pad on the back of the magnet that transfers the heat of the voice coil and a magnet structure that can get up to 500 degrees into the whole enclosure.

The result of all this engineering is increased structural ability, low resonance in the cabinet, and high power handling because the heat is being dissipated. 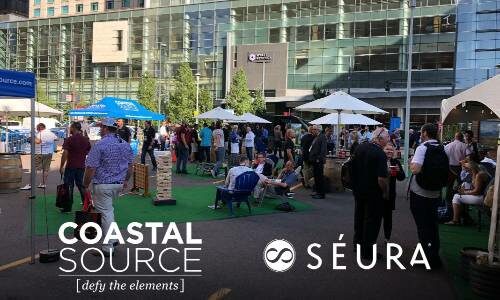 The configurations for mounting the IP67-rated speakers are almost as numerous as the setup arrangements. The mounting bracket for Razor allows it to be placed either horizontally or vertically on-wall, on-ceiling, under soffit or in a corner.

The mounting bracket itself is bolted to the wall, which is important because the speakers can be quite heavy since they are made from extruded aluminum with heavy-duty drivers. The Coastal Source mounting system allows a technician to able to simply hang the speaker on the bracket, then mount it, then lock it in place.

“Technicians aren’t having to be on a ladder, holding the speaker while trying to wire it,” says D’Ascanio. “A lot of thought goes into our products … not just the sound quality and performance, but how you install it, how you maintain it, and the longevity of the product.”

Even more uniquely, four Razors can be ganged together vertically to become an omni-directional planter speaker.

“There are a lot of wall speakers out there. Most of them are not the most attractive. We wanted something that looked really good, offered high performance, and gives the dealer a lot of options on how they can configure and make a custom system,” concludes D’Ascanio. Razor will be available beginning in Q2 2023.