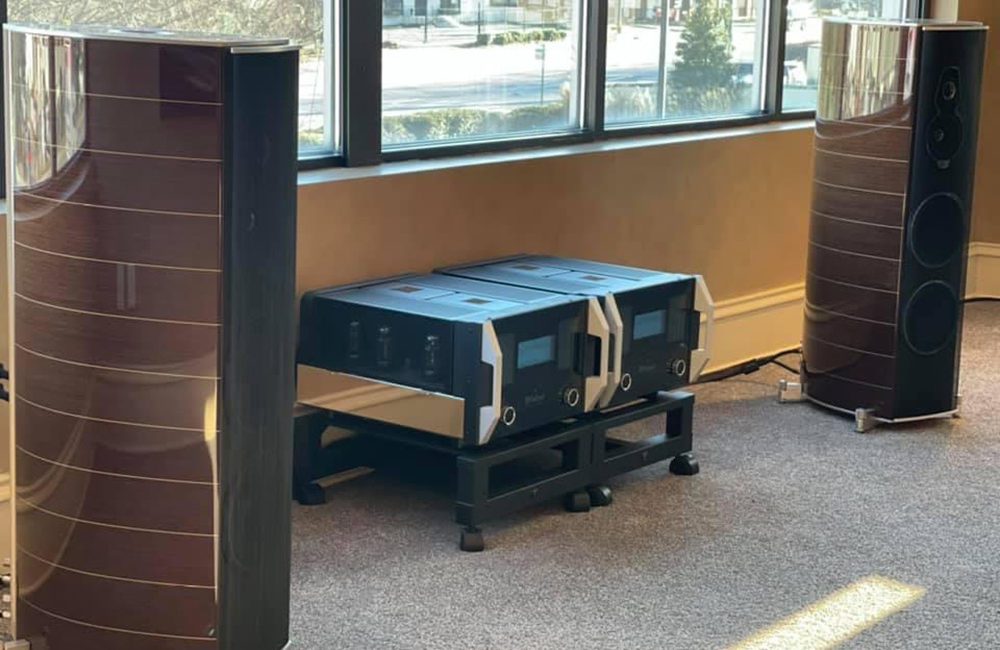 Thriving in one of the most competitive markets, Evolution Home Theater has carved a niche for itself by providing customers luxurious systems that deliver high levels of enjoyment through their performance.

One key requirement in Evolution Home Theater’s solutions is the inclusion of high-performance audio — both for whole-house/multiroom applications and for home theaters. To meet that high-performance audio need, company owner Scott Carpenter relies on Italian manufacturer Sonus faber and its Palladio series of architectural loudspeakers.

Providing the bottom end for the Level 6 products is the same PS-G101 passive subwoofer that supports the Level 5 series of loudspeakers.

Carpenter says the Palladio Series products are easy to install with well-engineered mounting hardware that helps secure the speakers safely, and speaker cut-out templates that enable technicians to accurately define the space the speakers require.

Just as important is the ability of the speakers to sonically match the tonal characteristics of other products within the Sonus faber family of in-room loudspeakers, which according to Carpenter enables his company to use Palladio architectural line seamlessly alongside Sonus faber’s in-room freestanding loudspeakers.

“It’s probably the biggest strength of the Palladio Series. They are so perfectly matched to two very popular ranges within the Sonus faber family,” states Carpenter.

“The Palladio 5 Series is designed to match perfectly with the Sonetto Series so you can mix-and-match from in-room speakers to in-wall and in-ceiling speakers within the Sonetto Series, and the Palladio 5 Series—same tweeters and drivers, and typically they have very similar voicings. It’s very easy to mix-and-match and create a great combination system for someone. The same thing is true with the 6 Series, which perfectly matches with the new Olympica Nova Series, which has become an extremely popular series for Sonus faber because of its incredible performance in that price range. So, we are seeing now that’s probably the hottest selling speaker line-up right now.”

Carpenter asserts that through the Palladio Series’ vast selection of solutions, industrial design and performance, they are bringing “Hi-Fi” to the architectural loudspeaker category.

Carpenter notes that these attributes support professional integrators’ ability to grow their revenues through the design of whole-house audio and home theater systems and they provide high levels of musicality and aesthetics to complement interior designs.

Elaborating on the Palladio Series’ benefits to his business, Carpenter emphasizes that Sonus faber and the Palladio series of architectural loudspeakers have become his company’s “go-to” speaker line. The reason why Evolution Home Theater specifies Sonus faber products, including the Palladio Series whenever possible is the products can be a real difference-maker due to their ability to deliver levels of fidelity that other speakers cannot.

To help drive the message home, Evolution Home Theater features the Sonus Faber speakers in its showroom for system demonstrations.

“We have them on display in our showroom and we have some other speakers on display. We will play a typical architectural speaker for someone, then we will play a Palladio speaker,” explains Carpenter.

“It might be a little bit more expensive, but the clients inevitably say, ‘oh, that’s so vastly better, it’s worth the extra few hundred dollars per pair to step into this series.’ As a result, once we started demonstrating and playing the Palladio Series for people our sales took off in that regard. The other thing is we built an entire theater out of Palladio. We have theater where we have the three front speakers behind the screen that are Palladio and then we have four in-ceiling Palladio surround speakers and that theater has become extremely popular because it sounds extremely good for movies, but the thing I like the most about Palladio is it also sounds good for music. You can sit in theater for the first time for me with an in-wall/in-ceiling speaker system and listen to and enjoy real high-fidelity music. It sounds very good with two-channel music, which gives us another edge over the typical presentation of speakers that maybe work for movies, but don’t sound very musical in terms of just listening to music.”

“When you listen to them [the Palladio Series] you get high fidelity and that’s a tool. It’s a tool we haven’t had before,” adds Carpenter.

“We’ve sold some expensive architectural speakers before, but we never really got that level of performance. We have a lot of clients who had Hi-Fi systems that they were very happy with, but they couldn’t get a system throughout the house to sound anything like that … or they had maybe a theater and they couldn’t get it to sound anything like their Hi-Fi either. Now we have that new tool—it’s a new ability—we can now basically distribute musical sounding systems; high-fidelity systems throughout the house or in a theater application.”