Sandy Gross is stepping down from his role as President Emeritus at GoldenEar Technology to pursue other interests five months after selling to AudioQuest.
Jason Knott 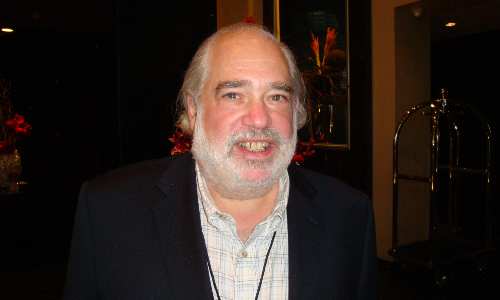 Sandy Gross' career in loudspeaker design stretches all the way back to 1972.
Article:
Audio/Video | Speakers/Subwoofers
May 27, 2020

Five months after selling GoldenEar Technology to The Quest Group, Sandy Gross is stepping down from his role at the company.

GoldenEar Technology was acquired by The Quest Group, best known as the owner of the AudioQuest cables, Niagara power products, and DragonFly DACs, back in January 2020. The Quest Group is a California corporation wholly owned by AudioQuest founder and CEO Bill Low.

Gross, the former co-founder and president of GoldenEar Technology, stayed on after the buyout. But in a statement, Gross says, “We sold GoldenEar to The Quest Group in January and it had been my intention to stay on and continue with my life’s work, involvement in product design, sales and marketing. Working with Bill and all the people at AudioQuest has been great and I have enjoyed it very much. However, the world has changed and I have decided to step down from my position as President Emeritus of GoldenEar and take a little time off to pursue all of my interests.”

Gross’ history in the loudspeaker industry is legendary. He graduated from Johns Hopkins University in 1972, initially majoring in engineering, but switched to majors in social and behavioral science. That same year, he co-founded Polk Audio in a garage with two friends after getting hooked on audio while in college. Later, he went on to found Definitive Technology and then GoldenEar.

Gross adds, “Thanks to everyone for your support and friendship over the years. It has really helped to make the magic happen! I look forward to many more years together.”