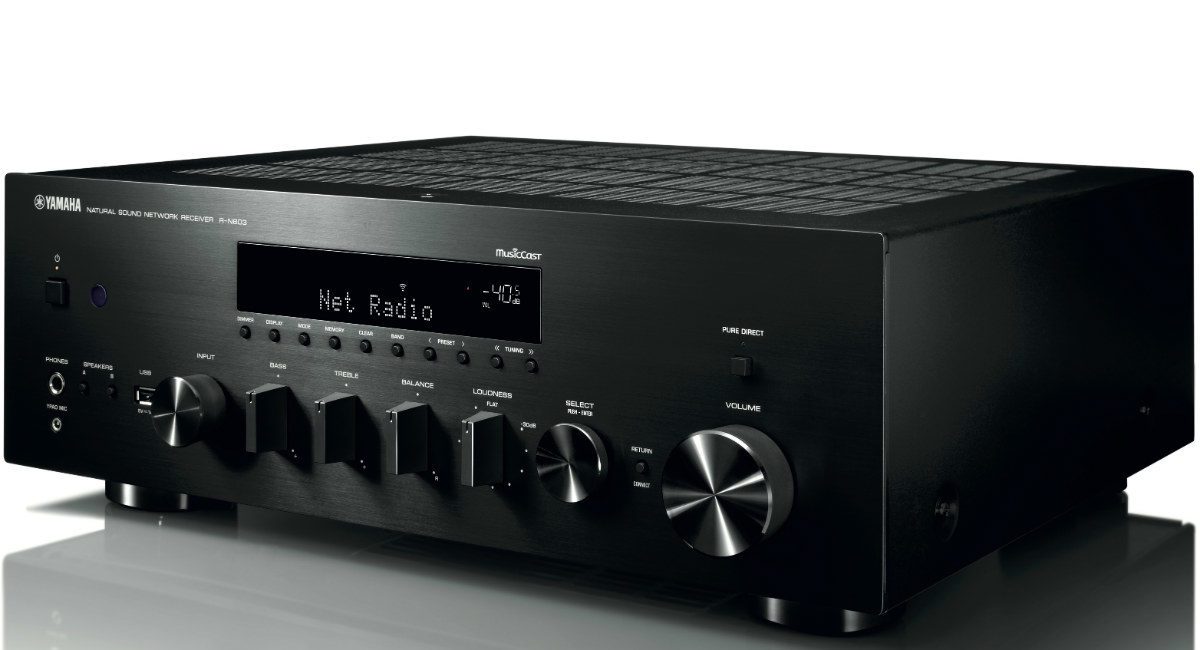 Yamaha's R-N803 network receiver is available at an affordable $750 price point, making it a tempting offering for CE pros looking to upgrade an existing system or implement a new install. 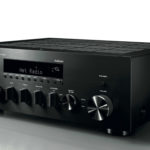 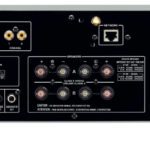 Retro is clearly in … just look at the return of Atari, the Commodore 64 computer, a Magnum P.I. reboot, the 1980s-centric movie Ready Player One, and vinyl sales holding steady, to name a few examples. It’s no wonder audio manufacturers, harbingers of hip for 1970s and ’80s living rooms and dorm rooms, are also embracing this trend.

Companies such as Klipsch and NAD Electronics, for instance, recently rolled out products such as the Heritage Theater Bar speaker and D 3020 hybrid digital amplifier, respectively, which pay homage to their rich past.

I couldn’t help but think this with Yamaha’s new R-N803 Network Stereo Receiver; while it has the sleek look and impressive capabilities of a modern audio component, it also taps into the old-school tactile stereo experience with a front panel full of knobs that reminded me of fiddling with the EQ sliders on my Marantz receiver growing up.

So for starters, yes, Yamaha’s decision to adorn the R-N803’s black aluminum front panel with seven adjustment knobs stands out from other stereo and A/V receivers where you’ll likely find just a volume knob and perhaps an input selector.

Here you get both of those, plus let your fingers tweak the bass, treble, balance, and loudness or pressing the selector for some advanced settings. I experimented with the adjustments, but for the most part they were window dressing.

Other features on the front of the R-N803 include a display screen, power button, headphone jack, microphone port for Yamaha’s YPAO room correction software, A/B speakers selector, USB input, return/connect button (for returning to previous display info, and connecting to Yamaha’s MusicCast network), and Pure Direct switch, which bypasses input signal EQ and other adjustments and turns off the display.

I kept setup super simplified, while knowing that between all the streaming services offered by the network receiver; USB input and 24-bit/192kHz SABRE DAC to handle my high-res files; and phono input I’d have access to literally millions of songs.

So my physical connections were to plug in the R-N803, connect left/right speaker wires to my KEF T Series speakers, subwoofer cable to KEF sub and RCA cables and ground wire to my Technics turntable.

The more difficult part was setting up wireless network connectivity for the component’s placement in my theater room lacking hardwired Ethernet.

Yamaha provides four options, including registering the unit to its MusicCast network and making it part of the wireless network at once; sharing the Wi-Fi setting on an iOS device; using the WPS push-button configuration on the router (or access point), or setting it up manually.

I attempted the first method, knowing that I’d be downloading MusicCast onto my Android phone anyway to use as a system controller; however, even though the R-N803 display said it was connected, my phone’s Wi-Fi kept getting kicked off the network. So I went the WPS route, and after a few minutes, the connection was a success with my downstairs router.

Diving into the MusicCast app was more enjoyable, starting with being able to not only select a name for the room my system was in, but to upload a photo as a representative icon; it’s a small detail but provides a personalized touch over similar apps that use stock graphics, and reminded me of slick automation touchscreen GUIs.

The MusicCast app enabled me to sign into streaming services accounts I use often, like Pandora. TuneIn is the service I use most for readily accessible web streaming favorites and also local radio stations, but was unavailable via the R-N803; its Net Radio option essentially provided me similar access, I just had to search for my go-to stations but managed to find them.

One nice Net Radio option was a “High Quality” filter, which led to stations with seemingly high minimum bitrates; I’m not sure if it was 256Kbps or 320, but Claire Martin’s vocals on a track playing on Linn Jazz station sure sounded lush.

Spotify, meanwhile, as other networked products I’ve reviewed makes you open its own app, and kudos to Yamaha for including a separate Spotify app instruction sheet with its owner’s manual.

With Pandora, the app was easy to navigate including the familiar thumbs up/down option, colorful album art for whatever was playing, and volume adjustment onscreen or using my phone’s buttons. I could ping-pong quickly from one preset station to another, and I played everything from an ’80s pop station to jam bands to Led Zeppelin.

The usual inputs/outputs can be found, which these days also means a phono option.

From a sound perspective, going from my Onkyo receiver to the Yamaha gave these tunes some extra punch as evident in the driving bass- and reverb-heavy “Maneater” from Hall and Oates, and offered plenty of detail for a mix with a ton of instrumental layering like the percussive and brass-infused dectet playing on Trey Anastasio Band’s “Simple Twist Up Dave” from his live Plasma album.

And that was before I utilized Yamaha’s YPAO (Yamaha Parametric Acoustic Optimizer) technology, as I wanted to do a bit of before/after listening.

Enabling YPAO couldn’t have been simpler; I connected the microphone and placed it between my two listening seats on a table around ear height and began the process, which runs static-like noise and other test-tone effects through the speakers and subwoofer as it conducts measurements. That took all of a minute.

Listening again to streamed tunes as well as some thumb drive files via the USB port, I noticed vocals sounded more forward, while the soundstage had widened to fill the room.

It was particularly noticeable listening to high-res 24-bit selections from Paul Simon’s So Beautiful or So What and Bob Marley’s Legend. (Unfortunately, larger hard drives full of music that play fine via USB on my Onkyo AVR for some reason did not work with the R-N803.) Acoustic guitar sounded crisp, while midrange and vocals were vibrant, and overall depth was engaging.

Ultimately, the R-N803 is a fun audio component with tons of functionality — whether customers want to attach several sources or just stream wireless services to a favorite pair of speakers; play vinyl records or high-res TIDAL tracks, or connect TVs for better audio too.

It even includes voice command support for Alexa devices and can be part of a multiroom MusicCast system. It’s an affordable ($750) piece that can provide years of enjoyment.