Custom integrators report 44% of all projects include some form of AV distribution, with an average system price of $8,467 and incorporating 4 audio zones, 8 loudspeakers and 3 video zones.
Jason Knott 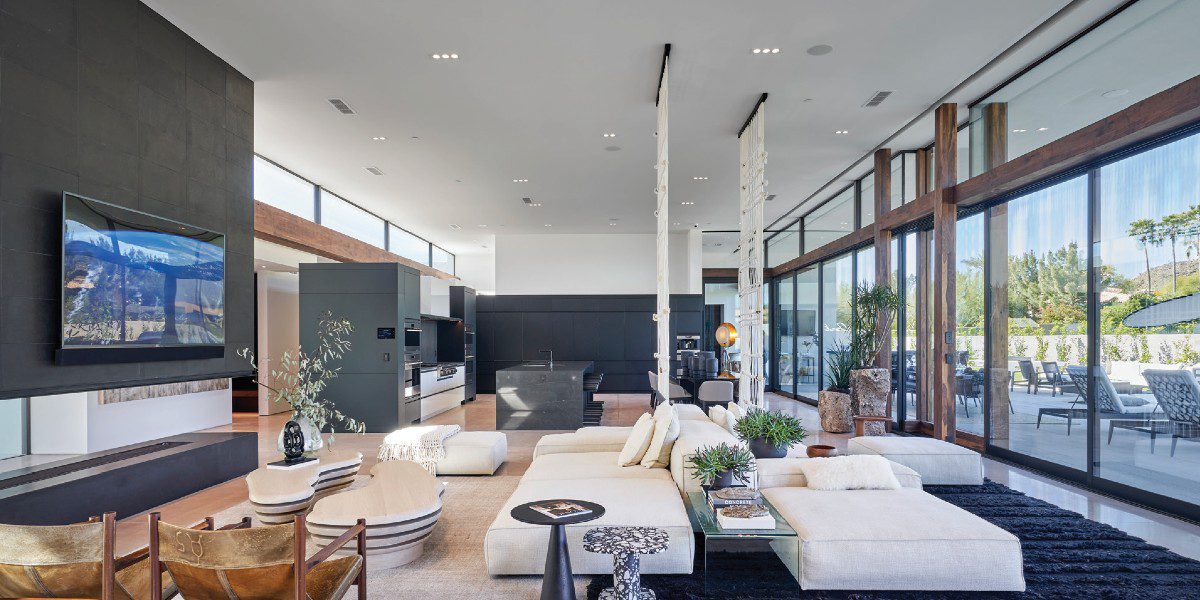 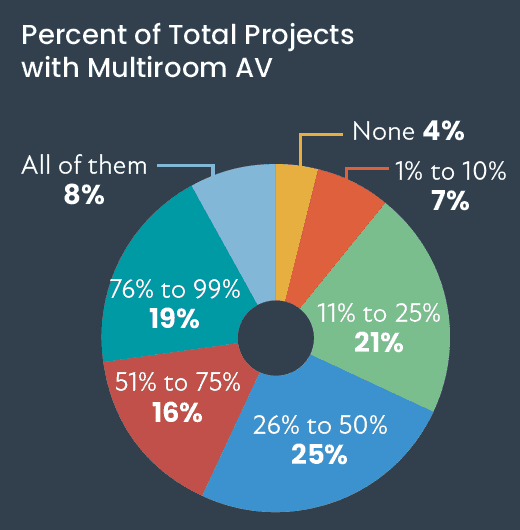 With all the inroads made over the past few decades by integrators in terms of diversifying their category mix, audio and video are still clearly the kings of the custom installation industry. And with technology advancements such as IP-based distribution, integrated control solutions, and wireless transmission now making it so much easier for CE pros to deploy multiroom solutions, the AV distribution market continues to be healthy coming out of the COVID-19 pandemic.

Only about 4% of integrators report that they did not perform a single multiroom AV installation over the past 12 months. On the flip side, 8% of integrators report that every single project they designed and installed over the past year include some form of multizone audio/video. According to the study, the typical multiroom AV system installed has four zones of audio (with eight loudspeakers), three zones of video (obviously with three TV displays), and a median price point of $8,467. To break that down further, it equates to $2,116 per audio zone.

Interestingly, just over one-in-10 multizone AV projects had only a single audio zone. These could be standalone, self-powered local zone solutions like those from Sonos and others, or it could be a commercial application that focuses more on video distribution, such as digital signage, and forgoes audio signal distribution. According to the study, 7.5% of installations included a standalone, self-powered local zone wireless speaker as part of the total project.

Overall, 53% of multizone audio projects include some aspect of wireless distribution, with 21% of projects being completely wireless. Still, that means nearly half (47%) of all multizone wireless installations are fully hardwired with no wireless component.

Looking at multiroom video-only projects, only 11% of those jobs are completely wireless. More than two-thirds (68%) are completely hardwired, leaving 21% of jobs a combination of hardwired/wireless. 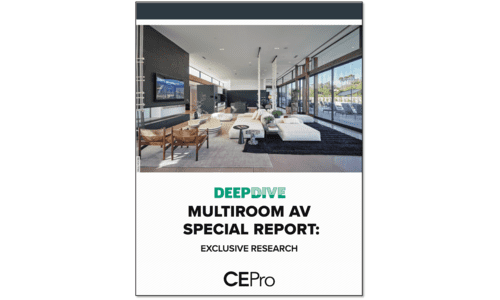 The prevalence of wireless also enables integrators to do more retrofit multizone audio work than they might have otherwise been able to do. Indeed, 44% of all multiroom AV projects were in an existing home, compared to 36% in new residential construction and 20% in commercial locations.

As noted earlier, the median price point for a multiroom audio/video installation was $8,467. The price range of installations is quite wide. About 5% of installations are less than $500. That is likely a situation in which an integrator is simply providing a client with a single-zone, self-powered wireless solution with no tie into architectural loudspeakers.

If you are looking for anything to dampen the luster of the multiroom AV market, it might be the lower profitability. According to the survey, the median profitability on a multiroom AV installation is just 26%. That is much lower than most home theater and control solutions, which according to multiple previous studies from CE Pro all have margins in the mid-30% range.

There are several trends that could be influencing this lower multiroom AV profit margin. In terms of audio distribution, wireless systems from companies like Sonos have taken hold. That means integrators are not pulling wire, so there isn’t increased billing hours related to running wires, not too mention the cost of the wire itself.

Also, suppliers like Savant with its IP Audio solution enable integrators to distribute any audio source or input to any output or speaker over the network, without having to home run speaker wire or lossy analog audio back to a centralized rack. Those units also include built-in streamers, which possibly eliminates the need for a separate source device.

Speaking of the equipment rack, advancements in IP-based video signal distribution have greatly reduced the use of traditional video distribution matrices. That not only simplifies the installation for the technician, it also means there are no massive matrix switchers to install. Those units were often pricey and had margin potential for dealers. Just over one-infour projects had an AV-over-IP solution, while nearly one-in-three (29%) still included a matrix switcher.

In terms of modes of signal transmission, HDMI cable remains the dominant technology with nearly two-thirds of all projects (64%) using the interface. HDBaseT extenders over Category cable were used in over one-third of all jobs (34%) and fiber-optic cable was part of nearly one-in-four projects (23%).

Lastly, voice control as an interface option continues to grow, with more than one-in-five jobs (21%) implementing voice control. That could be a built-in solution like from Dish Hopper, or a third-party integration using Google Assistant, Amazon Alexa, Josh.ai, or other solutions.

Click here to see all of the charts and data for the CE Pro Multiroom AV Deep Dive!