The history behind how Sony first created its DST AV distribution system may not be simple, but it is worth remembering on the heels of the technology's 30th anniversary.
Mike Lyons 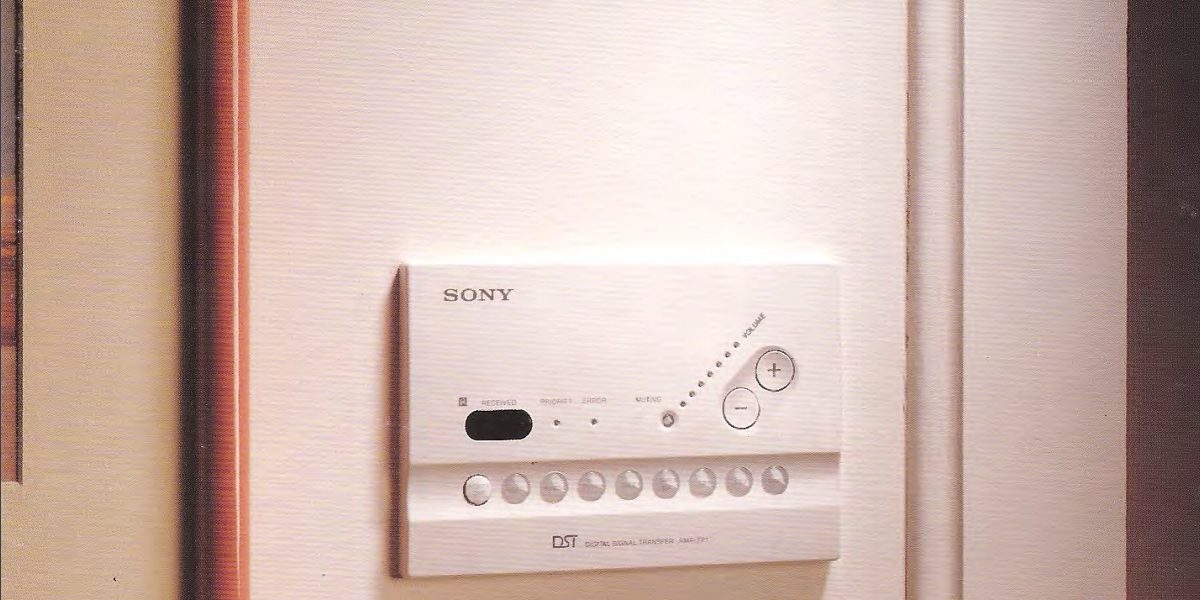 As the virtual CEDIA Expo last Fall illustrated, the custom integration business is extremely strong and resilient enough to even ward off the effects of a global pandemic.

This multi-billion dollar industry has grown to encompass everything from state-of-the-art video and audio entertainment to the latest HVAC, security and home automation technology, which is why it’s hard to believe that its beginnings can be traced back to a series of developments pioneered not by a leading system integrator, but a global electronics giant. And their initial work in this area was derived from convincing their divergent product groups about the benefits of achieving a “whole-house” entertainment solution.

The company, of course, was Sony, who thanks to a unique collaboration between its U.S. marketing and Tokyo product teams made a bold bet more than thirty years ago on a revolutionary new way to transport video and audio throughout the home. Thanks to this effort, which pre-dates the founding of CEDIA, the AV experience has never been the same.

It all began in the mid-1980s during the industry’s initial move to home theater, when Sony was one of the leading manufacturers of receivers, CD players and changers, cassette decks, VCRs and televisions. To enable its various components to “talk” to one another, it created a Serial Infra-Red Control (SIRCs) protocol which offered reliable communication and operation between components, via touch panels or remote control. This early SIRC’s controller paved the way for the eventual introduction of “learning” remotes, which worked with not just Sony products but a variety of brands.

However, for Sony, SIRCs was only the beginning. In 1990, the company also became one of the first manufacturers to join CEDIA, and it established a technical support division for CEDIA members called the Consumer Integrated Systems (CIS) Group which was headed by the late Brad Kibble (who became a CEDIA Hall of Fame inductee).

According to John Briesch, “With the creation of the home video recorder and the transition of audio from analog to digital, Sony envisioned the consumer demand for a dynamic new home entertainment experience beyond cable television. To accomplish this, we needed to simplify the interaction between devices and pave the way for technologies that would lead us into the world of DVD and HDTV. DST was our answer”.

The DST system was conceived from insights that Sony gained as the co-developer (with Philips) of the Compact Disc. The digital world was rapidly expanding and SPDIF (Sony/Philips Digital Interface) was already a standard for the communication and transmission of CD-quality audio. Understanding how to move these signals over multiple devices enabled the Sony engineering team to create a unique algorithm that used 75ohm coaxial cable as the means of distribution. The system could support 44.1kHz/16-bit uncompressed audio, along with multiple analog audio and video sources, all of which could be transmitted within a 6 MHz bandwidth. 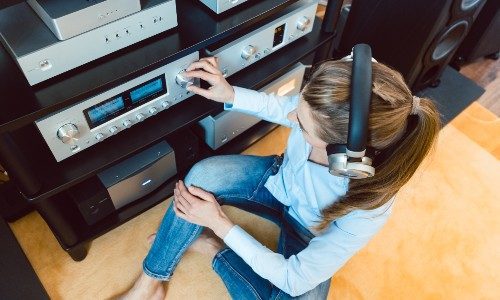 In addition to digital audio, the DST system could support two video sources and provide convenient access to all of these via a supplied touchpad and remote control. Up to 16 rooms, each with independent volume and control, could be networked and DST was the first (if not the only) system at that time to include a digital-to-analog converter and an analog-to-digital converter for encoding analog sources. While this is common today, DST was announced in 1989, when 802.11 WiFi was years away and CAT 3 cable was rarely used.

As one might expect, the launch of DST became an entirely new business for Sony and its dealers.  Led by director of product planning Kohei Haneishi and project manager Mike Lyons, the U.S. team provided the necessary direction to their engineering team in Japan. But since the concept was unlike anything else available, the company also needed to convince their dealers that DST was viable, as well as a potential opportunity for Sony management.

In order to gauge the response to this, Sony worked closely with several retailers, including innovative AV specialist Bjorn Dybdahl, a member of the Consumer Technology Association Hall of Fame.

“This was the late 80’s and early 90’s and companies like Bjorn’s needed to utilize components from many different suppliers in order to deliver multi-room audio/video to the home”, says Bjorn Dybdahl. “What Sony did with DST was simplify that process. We love to introduce the latest technology and working with DST allowed us to reach early adopters. Credit should be given to the Sony management team for acknowledging this and what it meant to those of us in the integration community”.

The ultimate ‘proof of concept’ came when the Sony U.S. marketing team led their engineering counterparts on a tour of a luxury home where one of their dealers had just installed a high-end system. The installation was a work of art – more than two miles of speaker and control cables connecting ten rooms and a patio, creating an RF distribution system so complicated and expensive that it would be the envy of any cable multi-system operator.

Based upon that tour, the Sony engineers believed that DST could dramatically reduce the cost and complexity of custom integration, which would benefit both their dealers and consumers. It could also simplify the sales transaction and installation process, allowing more multi-room systems to be sold or upgraded in the same period of time.

The Sony Digital Signal Transfer System premiered at the first CEDIA Expo, which was held on Amelia Island in October 1990. As Tom Doherty, the founding president of CEDIA and a leading system integrator stated:

“CEDIA had formed only a year earlier and our message to the industry was that custom installation needed to be taken seriously. Being a fledgling new group, Sony bringing their DST trade show exhibit to our first CEDIA Expo, along with several of their key executives, contributed significantly to our overall credibility and respect.”

The ability to seamlessly integrate the home theater room with a means to distribute music and movies throughout the house became something that’s synonymous with Sony to this very day, and despite facing a few technical challenges along the way, the Sony Digital Signal Transfer System created a buzz across the industry when it was introduced.

The rest, as they say, is history.

Mike Lyons was the DST project manager for Sony. Although he is now officially retired, Mike also served as VP of Global Licensing for iBiquity (HD Radio) following his career at Sony Electronics. He later served as President and CEO of Martin Logan.