The Broadway smash’s film version will stream on Disney+ starting July 3, hitting home theaters 17 months before it was to be in commercial cinemas.
Arlen Schweiger 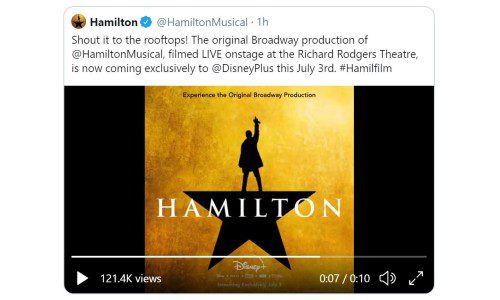 Well, Disney just said “Hold my beer” to all of the music & arts entertainment accommodations, surprise reunions and other Hollywood moves like at-home first-run streaming for consumers while sheltering-in-place during the coronavirus lockdown. Hamilton is coming home … and much sooner than expected.

There may not be any sports going on, but the announcement of the accelerated release of Hamilton on July 3 exclusively on Disney+ is like a Super Bowl for the movie industry. And we know from talking to integrators how big that event is for showcasing the latest video technologies.

Integrators have been given a long lead time – basically a month-plus to focus on home theater and home network upgrades before the streaming service blows all the viewing numbers away with its Independence Day weekend release.

And you’re not throwing away your shot! Because you’re young, scrappy and hungry … yada, yada, if you’ve been fortunate to see the musical you know how it goes.

The amount of times Hamilton will be streamed that opening holiday weekend will be well in the millions, and integrators should be marketing and reaching back out to existing customers to see who needs faster and more reliable networks, big smart TVs so they can easily access Disney+, projection systems and higher quality audio setups. The soundtrack alone is worth the upgrade.

Sure, the ESPN documentary The Last Dance, the 10-part series on Michael Jordan and the Chicago Bulls, has quenched some sports-starved viewers, and maybe even sparked some home theater sales. And like Hamilton, ESPN pushed the release schedule up a couple of months.

Lin-Manuel Miranda must have enjoyed the response to his cast’s appearance on John Krasinski’s SGN (Some Good News) episode and figured now was as good a time as any to give people Hamilton at home. It was supposed to come out in commercial cinemas in October 2021!

For a tiny indication of its popularity, the teaser video clip was viewed 150,000+ times in roughly 1.5 hours of its announcement on Twitter. 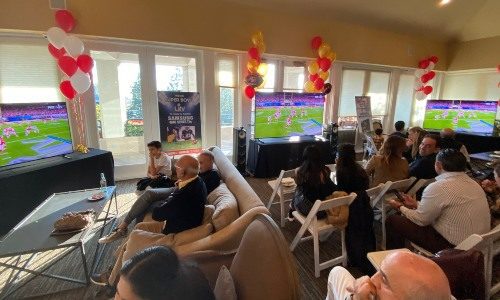 When the musical came to my area with a run at the beautiful Durham Performing Arts Center (DPAC) a couple of years ago, I waited in line for several hours to get tickets. I didn’t know much of the soundtrack, but the show lived up to the hype and the CDs have been in constant rotation in our cars ever since.

Its return was announced just in the past two weeks, scheduled to be back at DPAC during this year’s winter holiday time frame. Considering that seems unlikely now, and Broadway performances are not being staged, this film of a live production at the Richard Rodgers Theatre should be a boon for Disney+ subscriptions and for custom integrators.

We have no idea when we might get any new football game to watch, let along a Super Bowl. Consider Hamilton an early Mahomes vs. Brady-like present now that home theaters are the only theaters.