Hands On: Sony VPL-VW995ES Sets the Bar for Modern Video

The Sony VPL-VW995ES high-performance projector lives up to the company’s heritage as a benchmark manufacturer by delivering highly detailed, richly colorful, true 4K images to any home theater.
Robert Archer 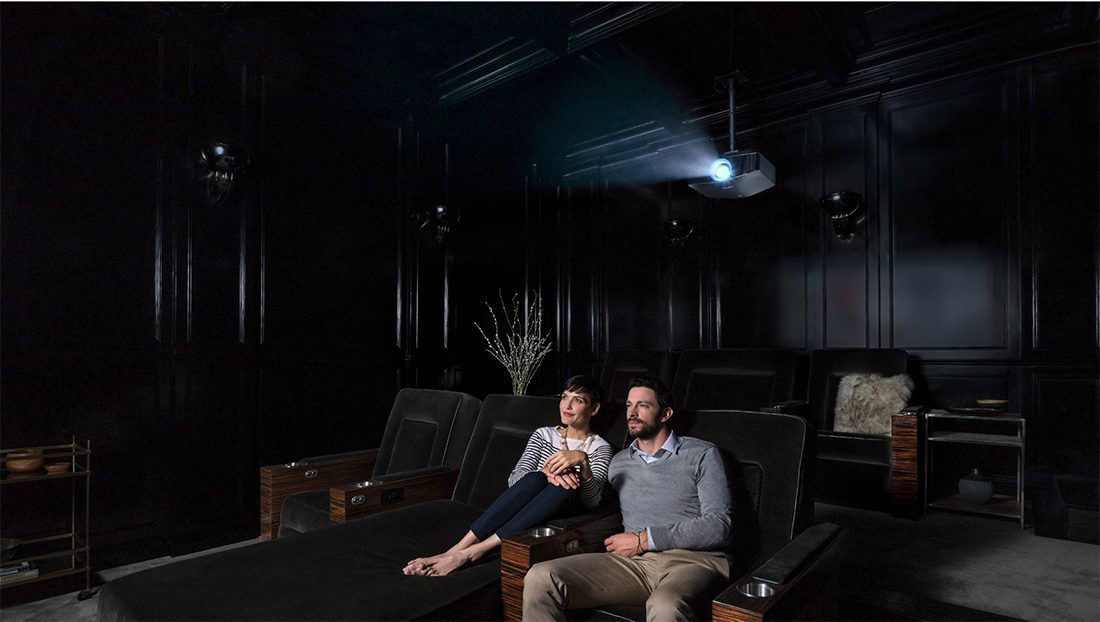 Hands On: Sony VPL-VW995ES Sets the Bar for Modern Video

I want to say this right up front: The Sony VPL-VW995ES is the best value in consumer home video right now.

Now, before dismissing my value statement, I haven’t lost my marbles. The $34,999 is the best value in home projection because it delivers an absolutely stunning image for much less than many of the market's more expensive projectors.

The VPL-VW995ES is one of a trio of new projectors Sony introduced during the CEDIA Expo 2018 show in San Diego, and it represents everything the company speaks about in its “From the Lens to the Living Room” marketing campaign.

Having recently returned the projector back to Sony, it is the first product that I’ve had in my home for review in a long time that my family was actually sad to see go.

Let’s start by taking a look at the VPL-VW995ES’ features. Starting with what may be the most important fact about the 995ES: It is a native 4K projector that employs the company’s 4096 x 2160 SXRD chipset.

Providing illumination, Sony’s Z-Phosphor laser-light engine eliminates the need for replacement lamps to virtually eliminate maintenance, and it provides up to 20,000 hours of consistent performance and operational life

Arriving at my home in a good-size box, I first removed my projector from my A/V system. Lifting the Sony from its box wasn’t too taxing to replace my projector I will point out that it does have some size and weight to it that should be factored into its placement for both safety and possibly ventilation.

Connecting a FIBBR fiber-optic HDMI cable run from an Onkyo AV receiver was easy, as was plugging the power cable into an APC battery backup, it only took a few minutes for me to complete.

The next step was to align the projector, which was about 12 feet from a Stewart Filmscreen Phantom HALR 100-inch 16:9 screen.

Using the projector’s lens shift options that include zoom and focus it didn’t take that long. One thing that I liked about Sony’s powered lens capabilities is that I could fine-tune the focus and zoom. Usually, I prefer manual lens options because I feel manual lenses offer finer lens adjustments.

With the 995ES aligned with my screen and in focus, I quickly went through the menu options to get the projector up and running.

Before I get into the VPL-VW995ES’ performance and my specific opinions on the projector, I want to point out that I did perform two additional levels of setup.

The first was a more involved calibration, and the second setup was to try its anamorphic capabilities by inserting a Panamorph lens in front of the projector and viewing that content with an 88-inch diagonal 2.35:1 Stewart Filmscreen FireHawk G3 drop-down screen and Sony’s anamorphic processing options.

Facilitating the multiple setups, the VPL-VW995ES provides lens memory options that allowed me to save 16:9 and 2.35:1 settings.

Straight from the box with very little adjustment, I found the VPL-VW995ES to deliver really impressive images.

I thought the images were well balanced with well-saturated colors, nice dynamic contrasts and a high level of detail. I also thought the projector in tandem with the Stewart Phantom HALR produced bright images that looked good in both dark and ambient-light room conditions.

Getting into some of the projector’s more advanced features, it offers a calibration option where it takes IRE brightness measurements using a series of window test patterns, along with red, green and blue color measurements.

As part of the calibration it provides pre- and post-calibration measurements, and while ever so slight, I will say that after I had completed the running the calibration, it did provide a slight upgrade in picture quality.

Comparing the calibration mode to my own adjustments, I started by turning off all the processing modes. From there I went through the various picture options, including the operational mode, which I chose “Cinefilm 1” and the HDR at auto.

After going through brightness, contrast, color, etc., my adjustments basically validated Sony’s auto calibration. Overall, I made some slight changes, but comparing the two I could easily live with the adjustments the calibration mode made.

Read Next: 7 Game of Thrones Episodes For Home Theater Lovers

Viewing content such as “Game of Thrones” upscaled by an Apple TV 4K, as well as the Ultra Blu-ray disc home video version of “Bohemian Rhapsody,” broadcast TV, including lots of Boston Bruins hockey and Netflix content, I thought the projector delivered stunning images.

I thought the black levels were nice and deep and even more dynamic once I changed from the Phantom HALR to the FireHawk G3 screen. In addition, I find that realistic skin tones help to define how accurate a video product renders images and in the case of the VPL-VW995ES, its skin tones were as good as I’ve ever seen.

In these types of environments with a nice screen that is commensurate with its surroundings, the VPL-VW995ES will deliver stunning, reference-quality images that will be the envy of family and friends.

I popped in the “Live Aid” recreation that’s bundled into the “Bohemian Rhapsody” 4K disc and I liked the white brightness levels the projector produced, as well as the detail in things like the wood grain I could see on Brian May’s iconic “red special” guitar.

In addition, I did not see any motion artifacts in the concert recreation as the image pans across the computer, CGI generated crowd.

The Sony VPL-VW995ES also excels at producing vivid, colorful images and a great example of this can be found in the “UP” Blu-ray disc, which looked absolutely spectacular.

Circling back to a point I made earlier about the projector’s brightness capabilities. I’ve come across some criticisms of the projector not being bright enough. I want to defend Sony on this. First of all, I think with a screen such as the Phantom HALR or even the FireHawk, the images are plenty bright enough with or without ambient light in the room.

Secondly, if Sony wanted a higher lumen output from the projector, I’m sure they could have done it. The question is would it have come at the cost of color accuracy or image uniformity? Who knows, but I like to think of it as a guitar player thinks of guitars.

What I am trying to say is that you have to choose the right tools for the right job, just like Paisley or Hetfield. If a job requires a higher output projector specify Sony’s VPL-VW5000ES instead.

Ideally, the VPL-VW995ES is the perfect projector for small- and medium-sized entertainment spaces. In these types of environments with a nice screen that is commensurate with its surroundings, the VPL-VW995ES will deliver stunning, reference-quality images that will be the envy of family and friends.