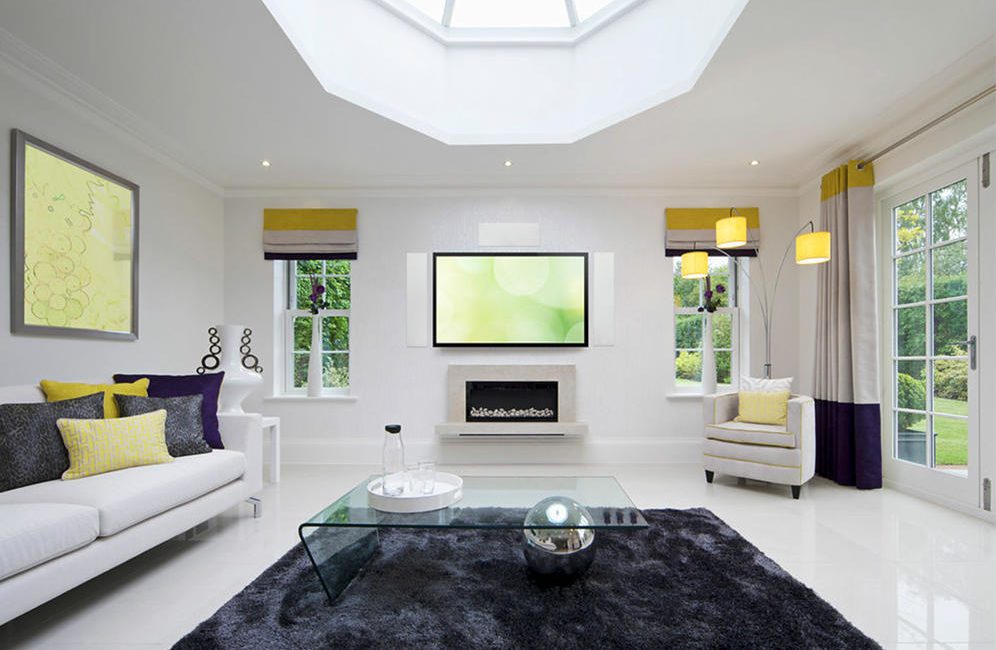 Paradigm states that its E5-LCR in-wall loudspeaker carries an MRSP of $2,499 each. 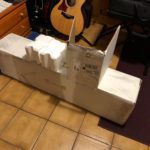 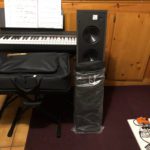 There’s a good reason that Paradigm has been a go-to brand for integrators for many years.

Paradigm through its impressive R&D facilities, which are located just outside of Toronto has historically designed and manufactured high performing speakers that are in financial reach of consumers.

Showing its engineering capabilities in the architectural speaker category the company not long ago introduced a family of high-performance speakers that meet the growing demand step-up in-wall loudspeakers.

Focusing specifically on the middle speaker in this trio of high-performance in-wall speakers, Paradigm sent me the E5-LCR loudspeaker for evaluation.

While costing more than those cheap “contractor type” in-wall speakers, the E5-LCR is a versatile speaker that delivers performance that rivals traditional box speakers, while providing the aesthetic advantages that in-wall speakers offer.

Shipping in individual boxes, the E5-LCR slides out of the box easily. I found the speaker well packaged and pretty turnkey in how it installs into a wall.

I’ll be upfront and point out that I didn’t cut holes in the walls of my home to install the speaker. Instead I took advantage of its sealed-cabinet design and replaced my floorstanding Aerial Acoustics speakers with a pair of E5-LCRs.

What I will say about the E5-LCR is that its mounting system, which uses dog-ear type locking mechanisms to hold the speaker in place, installation will require two people due to its weight of 34 pounds.

In my experience with the E5-LCR using the speaker’s spring-loaded binding posts, I found the connections sit just about flush with the speaker’s cabinet, and they were easy to access, but space was a little bit tight.

Elaborating on the slim-depth, 43-inch long speaker, the E5-LCR is sealed-box design, which helps to minimize the leakage of sound to adjacent rooms, while providing a more predictable performance environment for the speaker’s drivers.

Helping to ensure the dispersion characteristics of the tweeter, Paradigm also utilizes its Reduced Edge Diffraction (RED) tweeter housing is engineered to reduce the effects of diffraction.

One of the benefits of its RED technology, which users can visually see as an aluminum housing, is the improvement the technology makes on midrange content. RED also helps to reduce heat from affecting tweeter performance to maintain consistent sound reproduction.

According to Paradigm, the speaker uses a third-order design at 3kHz and a second-order driver crossover at 450Hz.

An important feature built into the E5-LCR is a simple-to-use compensation switch that helps minimize the high-frequency attenuation affects that occur when placing a speaker behind an acoustically transparent screen.

Using an Onkyo AVR to drive the Paradigms, I setup the E5-LCRs for stereo music and as the left/right speakers in an 7.4.2 immersive audio system.

Starting with music, in a direct stereo format I streamed artists such as AC/DC, Prince, Alanis Morissette and others using a 4K Apple TV and Apple Music.

I was quite impressed after my first listen of the speakers. I thought the speakers were detailed, smooth and they provided high levels of top-end extension, without being shrill, thin or bright.

Another aspect that really impressed me was how effortlessly the speakers filled my room with sound. The soundstage was big, and the image was tight and crisp.

Over the next several weeks I ran the speakers as a home theater solution with streaming content, broadcast TV and Blu-ray discs to help the speakers to break in.

Watching episode five of season eight from “Game of Thrones,” I thought the efficiency and dynamic capabilities of the E5-LCR helped to add a level of immersiveness to Dany’s actions in a pivotal sequence of the popular HBO show.

The E5-LCR is a well built, well-engineered loudspeaker that excels with both music and movies. Paradigm’s engineering prowess really shines in the speaker’s ability to effortlessly fill a room with ear-pleasing sound regardless of whether it is music or movies.

Listening to both home theater and music, my experience with the speakers in my live end/dead 12×23 foot room environment was the speaker’s overall tonality was balanced. I chose after trying the compensation switch in both positions to leave the option in the off position.

Through its sound stage capabilities, I think that integrators could set the E5-LCR up in a stereo pair and create a phantom center audio image because of the dispersion and imaging precision of the speaker.

Highlighting its imaging, I listened to Boston’s “Hitch a Ride,” which has doubled guitar tracks hard panned left and right with vocals, drums and bass sitting in the middle of the mix. During the song’s ending guitar solos, I could easily hear the emphasis of the mix shift from the hard-panned guitars to a “cocked wah” type of guitar tone with the guitar run down the center of the sound.

I also found the speaker to expose the limitations of the various file types I was listening to via the Apple TV. Having a mix of AAC, Apple Lossless and AIFF files that I use within iTunes, I thought the AIFF and Apple Lossless files definitely had more body and sounded fuller than the AAC files, but to the speaker’s credit, the lower resolution AAC files still sounded engaging and fun.

Before looking up the speaker’s specifications I wanted to hear how the speaker’s handled content such as Lorde’s “Pure Heroine” and songs like “Teams” and “Royals,” which utilizes lots of electronic low frequencies.

After listening to Lorde and Steve Morse’s cover of Rush’s “La Villa Strangiato” which features Mike Portnoy on drums and Billy Sheehan on bass to provide some traditional lower midrange/upper bass perspective, as well as my collective other listening sessions, I thought the E5-LCR could play down to about 50Hz.

Validating what I heard I performed some measurements using c-weighted test tones and the Audio Tools iOS app I measured extension down to 40Hz, but the speaker’s usable bass really started in my room at 63Hz.

In my room, which admittedly isn’t perfect, I found the speakers delivered smoothness from 80Hz to 400Hz, with a slight emphasis at 800Hz. The E5-LCR was again smooth in my room from 1kHz to 5kHz, with a slight increase at 6.3kHz, which is an inherent room characteristic.

The response of the speaker is again smooth as it tapers nicely to the limits of human hearing.

My conclusions after spending significant time with the Paradigm E5-LCR are simple to sum up: The E5-LCR is a well built, well-engineered loudspeaker that excels with both music and movies.

Paradigm’s engineering prowess really shines in the speaker’s ability to effortlessly fill a room with ear-pleasing sound regardless of whether it is music or movies.

Additionally, Paradigm’s engineering also enables the company to produce a speaker that from any other manufacturer would be noticeably more expensive. So, while costing more than a run-of-the-mill in-wall speaker, it's my opinion the E5-LCR offers undeniable performance, build quality and value.