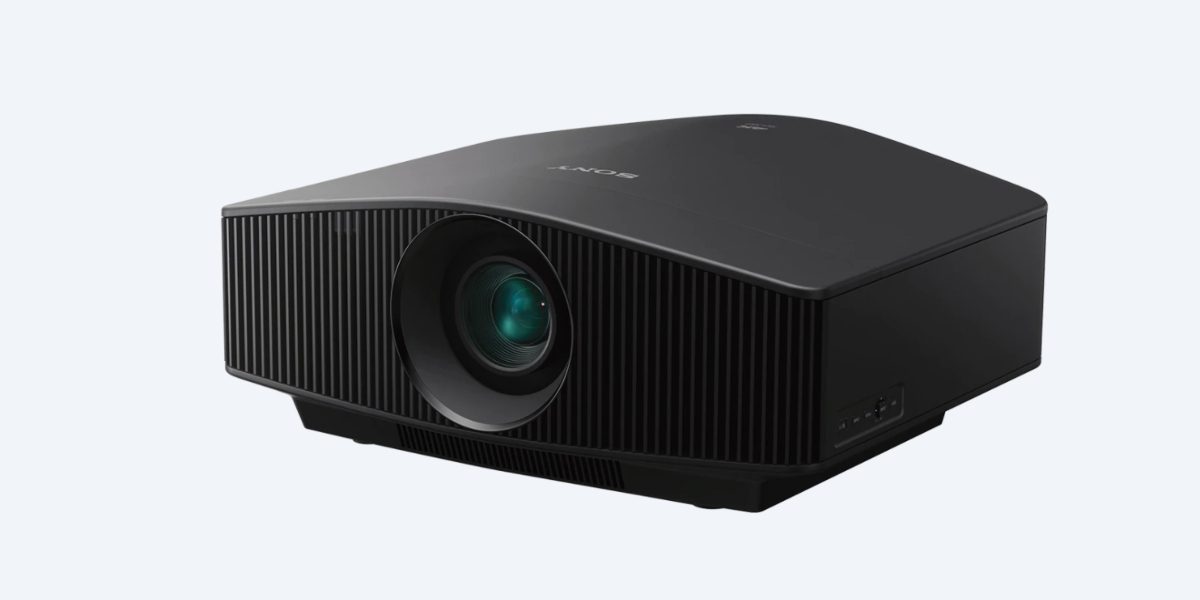 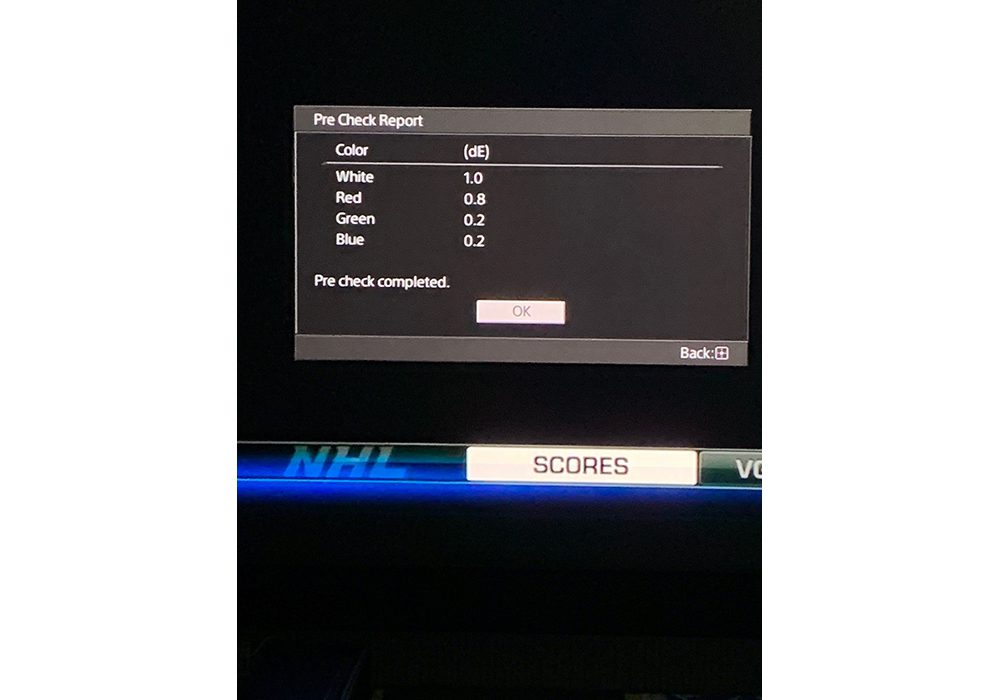 For many Sony is the gold standard of video hardware. Through its decades of innovation, the company has consistently reinforced its reputation as a top manufacturer and its newest consumer product, the VPL-VW915ES 4K projector is another example of the company’s leadership in the home video market.

Replacing the VPL-VW885ES model in the Sony consumer projector product line, the 915ES has been developed with the goal of, “offering a big-screen immersive viewing experience that delivers the creator’s true intent.”

I will admit that I am a huge fan of Sony’s products, so my expectations were high before setting the projector up in my home.

Thankfully, Sony did not disappoint with the VPL-VW915ES projector. In fact, I’d go a step further by saying that I would recommend the projector over the company’s other projector products, which may provide slightly higher performance levels through the inclusion options such as more advanced lens systems, but with these advantages comes higher price points.

In terms of value and performance, I would make the case the VPL-VW915ES is the home projection market’s new value king.

I’ll get into more of the VPL-VW915ES’s performance and value later, but let’s start by looking at the 4K HDR projector’s features.

Equipped with a pair of HDMI inputs, a LAN input for IP control, RS-232, and two triggers. The VPL-VW915ES 4K projector is also specified to omit just 24dB of noise.

One other processing option the X1 for Projector drives is the projector’s Reality Creation Technology. This option is said to “enrich” 4K content with additional “real-world detail and texture.”

Getting back to HDR content, the VPL-VW915ES is also compatible with the hybrid log gamma (HLG) and HDR10 formats.

Setting up the what I would consider a fairly good-sized projector was pretty simple. After removing my projector from my system, I lifted the 915ES from its box, placed it in my projection location and connected a FIBBR HDMI cable from the output of my Onkyo receiver to the projector, and plugged into power.

After putting a pair of AA batteries into the projector’s remote I powered up the projector and used the lens’ buttons on the remote to size the projector’s image to my 100-inch Stewart Filmscreen Phantom HALR screen, which was approximately 11.5 feet away. Once I had the size squared up, I was able to dial in the image focus and I immediately went through the menu to shut off many of the optional processing modes. 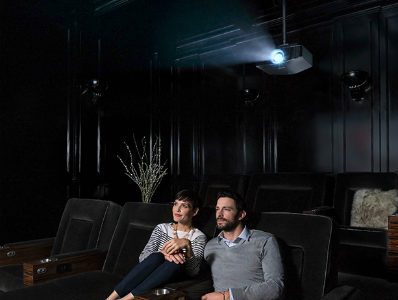 With the processing modes off I made a few adjustments within the menu system just to get a general idea of what type of image the projector produced.

A couple days later I tried the VPL-VW915ES 4K projector’s Auto Calibration mode. Using this mode took about 10 minutes. The mode will give a pre-calibration reading and post measurements to show statistically the adjustments the mode made to the projector’s image.

Eventually I made my own finetuning adjustments, which I felt made a little bit more of an image improvement. I will add the Auto Calibration mode could be used, but it is not a replacement for an integrator’s standard setup and calibration features.

Elaborating on the statements I made earlier, I think the VPL-VV915ES delivers exceptional images. I had received the projector in advance of its release and prior to Sony sending me the press release and product specs.

My first impressions were its image was quite comparable to the VPL-VW995ES, which I consider a benchmark product. The colors were bright and rich; picture brightness was good with the lights on and off, and the images were detailed with little, if any noise.

After my calibration, the images really popped. Admittedly I didn’t do much, but just a few basic tweaks fleshed out improved low-level detail and contrast/image dynamics increased.

Looking at the limited series from Neflix “Godless”, I thought skin tones and were excellent, along with the Wild West show’s earthy colors, which included landscape shots and animals.

Broadcast content such as a Boston Bruins versus Tampa Bay Lightning hockey game highlighted the deep black of the Bruins’ uniform, along with its white and gold trim. Tampa Bay’s predominately blue and white uniform was also portrayed richly and accurately.

I’ll also point out that hockey can be an absolute torture test for a video system due to the fast pace of the action, the tracking of the puck, and small details like the edges of the rink glass, along with red and blue lines painted underneath the ice surface.

Watching the game I did not see any feathering of the edges of the rink glass ice or interlacing noise along the red and blue lines despite the pace of play, which was quite high considering Tampa Bay would eventually go on to win the Stanley Cup.

Getting onto some reference content, I thought Disney really nailed it with its in-app purchase option of “Mulan” from its Disney+ service. This streaming movie really underscored the capabilities of the new VPL-VW915ES 4K projector.

Available in 4K with Dolby Vision HDR and Dolby Atmos immersive audio, the live-action reboot of Disney’s 1990s cartoon looked fantastic. A great example of the detail, color accuracy and image transparency the VPL-VW915ES delivered was apparent in a scene in the movie in which Mulan’s mother and sister were shown putting on makeup. The level of realism to see these women sitting there putting the final touches in their white “face paint” and how it sat on their skin complexations, along with the accompanying makeup “trim” was highly impressive.

This movie also featured a lot of vivid colors and fast action fighting sequences in which the imagery the projector delivered was bright, stable and colorful.

Seeing these images, I immediately thought of the VPL-VW995ES, which I had reviewed roughly the year before. The 995ES may offer a slightly more detailed and brighter image, but I would take the VPL-VW915ES because it is a much more cost-friendly solution.

I suspect that many videophiles would agree the cost differences between the two products ultimately makes the 915ES the better buy. What’s really interesting in all of this is that after reviewing the VPL-VW995ES, I stated it’s a projector that delivers a picture far above its price point. So, taking that premise to the next level, the VPL-VW915ES provides more value than the 995ES, which means anyone looking for a high-performance home projector simply needs to narrow their search parameters down to one word—Sony.

With all that’s going on in the world these days leave it to Sony to make the choice of projectors simple. The VPL-VW915ES 4K projector delivers the life expectancy benefits of a laser-based product, along with the performance attribute that include wide dynamics and punchy colors, and through its excellent image quality that includes a native 4K resolution and HDR compatibility, I believe the VPL-VW915ES checks all the boxes to make it the one product that should be on the top of every video system wish list.