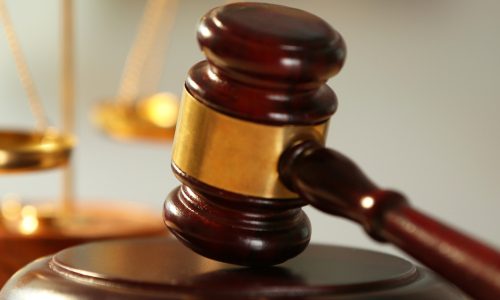 A federal indictment unsealed on September 4 charges a Chinese citizen working for SoundVision Technologies (SVT), the parent company of TruAudio, VSSL and Current Audio, with a $2.1 million kickback scheme from the company’s China-based suppliers.

Nan Ma, 37, is charged with using his position and authority as the officer in charge of production and sourcing to solicit and obtain kickbacks for his personal benefit from Chinese companies. Ma is a Chinese citizen with legal permanent resident status in the United States.

In exchange for the kickbacks, the indictment alleges Ma awarded lucrative contracts to these companies to manufacture and sell products to his employer. Ma used a portion of the kickback money to purchase a luxurious house and expensive cars.  Ma concealed the source of the funds he was getting through the alleged kickbacks by making false representations to his employer, according to the indictment.

After Ma purchased a home for approximately $1,450,000, SVT CEO Ron Davies, who knew Ma’s salary, asked Ma how he was going to pay for the home. Ma responded that the money came from his ailing father in China, who was trying to get money out of China to avoid having the Chinese government take it upon his death. The indictment alleges Ma’s explanation about the source of the funds was false.

The indictment charges Ma with three counts of wire fraud and six counts of money laundering. It also seeks the forfeiture of five properties in St. George and one in Washington along with two vehicles.

As the parent of TruAudio, VSSL, Current Audio and Forge racks, SVT produces and purchases most of its component parts from suppliers in China. SVT hired Ma, who has a master’s degree in electronic marketing, in May 2011 as vice president of production/sourcing.

SVT took steps, including paying $18,000 in legal fees, to help secure Ma’s immigration status so he could live and work in the United States as well as travel to China on behalf of the business.  The company later raised Ma’s salary so he could qualify for a professional work visa, and later petitioned to have Ma’s immigration status adjusted again so he could be a permanent resident immigrant with the designation of “professional holding an advanced degree.”

How the Alleged Scheme Against SVT Worked

The indictment alleges that in his capacity as an officer at SVT assigned to establish and maintain relationships with suppliers, Ma owed a fiduciary duty of loyalty to SVT.  The business was entitled to have Ma evaluate and select suppliers without being secretly rewarded for his decision through payments from the suppliers he selected.

It was a violation of Ma’s duty, and of SVT’s right to honest services, for Ma to accept kickback payments from SVT’s suppliers, particularly when Ma was responsible for determining which suppliers SVT would contract with to manufacture its products, the indictment alleges.

The indictment alleges Ma provided personal bank account information to the suppliers he selected, including the seven suppliers identified in the indictment as suppliers A through G, so they could pay him after they received payments for products from SVT.  After receiving funds from the suppliers, Ma transferred the money among various accounts, banks, and investment companies, according to the indictment.

Ma also told suppliers that funds for repairs to products SVT had purchased should be routed to an account he or his wife held. It was contrary to SVT policies for employees to have funds from a supplier sent to personal accounts.

Ma, who lives in Washington, Utah, was arrested Thursday. He had an initial appearance in federal court in St. George, Utah. He is detained pending a detention hearing in St. George.