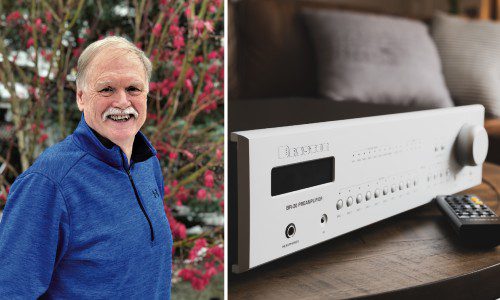 Bryston, a Peterborough, Ontario-based manufacturer of high-performance audio electronics and loudspeakers, announced that the company has been acquired by longtime vice president James Tanner in partnership with Colquhoun Audio.

Founded by Ian Colquhoun, Colquhoun Audio is another longtime manufacturer of premium audio products also based in Canada, in Dwight, Ontario.

Tanner, who joined Bryston in 1976, has a passion for the storied brand and shares an unrelenting drive to deliver the high-performance audio experience sought after by Bryston customers, the company notes.

Former Bryston CEO Chris Russell is retiring, but will remain active as a consultant with the company founded by his family decades ago, according to the company.

Going forward, in partnership with Colquhoun Audio, Bryston details that among the goals for Tanner will be to strengthen relationships with the dealer community by adding a host of new services such as:

“There are very few high-performance audio brands that offer the 40-plus year legacy of best-in-class products and award-winning services that Bryston does — and we are committed to providing our worldwide network of dealers with the tools they need to be even more successful,” Tanner says.

“I am very excited about the next generation of Bryston products, beginning with the new BR-20 preamplifier scheduled to start shipping this month, as well as several stellar designs currently in development.”

The BR-20 was announced last fall and combines a new advanced analog preamplifier with the company’s flagship digital-to-analog conversion (DAC) platform and a high-performance streaming music player to create what Bryston described as “an ultimate performance audiophile hub.”

Also last year, the company worked to assist consumers and dealers alike with the introduction of its 4B Trade Up Program. Owners of any previous-generation 4B amplifiers can trade that model in through authorized Bryston dealers for substantial credit toward the newest 4B³.