Lenbrook America, the owner of NAD, Bluesound, PSB and BluOS, has entered into an agreement with Neil Young Archives.
Robert Archer

Neil Young performing with the remaining members of Led Zeppelin, including Jimmy Page during their respective 1995 Rock and Roll Hall of Fame ceremony induction performance.

Kicking off the 2020 CES Show, Lenbrook America (booth #29-139, Venetian Hotel), has announced that it has added Neil Young Archives to its BluOS platform.

Neil Young Archives (NYA) is the high-resolution, online archive of the Canadian Rock and Roll Hall of Fame member.

The addition of NYA to the multiroom streaming audio platform follows Lenbrook‘s announcement that it has added OraStream‘s adaptive streaming protocol to BluOS. 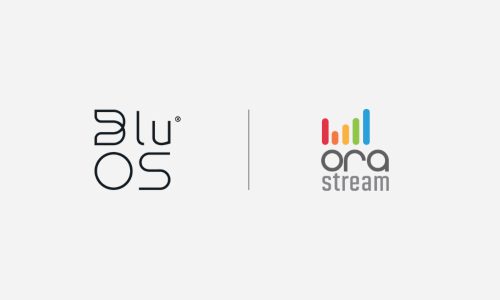 NYA was launched back in 2018 to provide fans access to Neil Young content that includes uncompressed high-resolution audio. Young points out the partnership with Lenbrook allows fans to stream his music to any compatible device without the damaging effects of compression.

“I am happy to be able to offer this as a new benefit to NYA’s existing subscribers,” comments Young.

“For the first time they’ll [fans] be able to stream all my archives’ audio content directly to equipment capable of playing it without adding any compression. I am also excited that North American users of BluOS hardware can sample my archives by listening to the song of the day and album of the week. We share a passion with the Lenbrook team for delivering and making high-res audio streaming easily accessible to music lovers in their homes, leading us to this new cooperation.”

Young is one of a handful of Rock and Roll Hall of Fame members to have been inducted as a hall of fame member more than once.

In 1995 Young was inducted by Eddie Vedder of Pearl Jam as a solo artist, and then two years later he was inducted into the hall as a member of the legendary 1960s group Buffalo Springfield.

Other members that have been inducted multiple times include Jimmy Page, Jeff Beck and Eric Clapton.

Neil Young Archives via BluOS will be available in components from brands that include NAD, Bluesound, Monitor Audio and DALI.