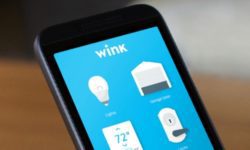 Former DIY smart home darling Wink reverses course and requires users to pay $5 per month or their systems will be disabled by May 31.

The famous rapper acquired home-automation maker Wink earlier this year, and his first new DIY product is … the unremarkable Lookout home-security app and some Z-Wave sensors.

FCC filings reveal Wink Labs, the home-automation developer recently acquired by will.i.am (i.am+), is making its own Z-Wave security peripherals for the first time — after years of handing that business to third-party IoT device makers.

The Marketing Challenges of Remote Controls and Home Automation

Lessons from Logitech Harmony, Savant Remote and others: Are they universal remote controls or home automation hubs?

Today: Buy this hub, build a smart home. Try: You know all those smart devices you already bought? Buy this hub to connect them together.