LG OLED Is All the Rage at PAA Open House 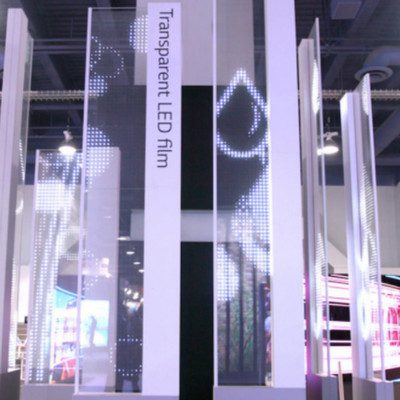 At just 0.8mm thin, the 30mm Pixel Pitch display can be installed on any existing glass surface using its self-adhesive transparent film, making it easy to install with minimal construction required.

From smart remotes and super-flat OLED TVs to IoT connected laundry machines and robots, here are a few CES 2017 show stoppers we saw in Las Vegas.

Power-Cord Warning: Don’t Even Think About Mounting Your LG Wallpaper TV Like That

You know that ribbon power-cord that connects the new ultra-thin LG Wallpaper to the connection hub? You can’t hide it behind the wall.