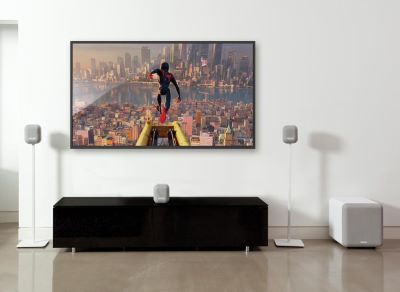 Monitor Audio has expanded its Platinum II range to include a design and installation friendly in-ceiling speaker that offers ‘unsurpassed levels of performance and sublime audio accuracy.’ See it at CEDIA 2017.

Monitor Audio announces its ‘best-ever’ Silver Series as it unveils a new range of advanced designs in sleek packages at affordable prices for hi-fi and home theatre use. See it at CEDIA 2017.

Monitor Audio’s PLIC II breaks the boundaries with clever design and technology. See it at CEDIA 2017.

Monitor Audio says its SB-4 soundbar is engineered to match the dimensions of HDTVs 70 inches and larger. The soundbar features dual 4-inch C-CAM drivers and single 1-inch C-CAM tweeters in each of its three channels.

Monitor Audio’s IV140 in-wall speaker is not only invisible but delivers audiophile-grade sound for music snobs.

CEDIA 2016: Monitor Audio takes CE Pro through a home installation of its in-ceiling and in-wall loudspeakers, showing how the company designs its products with the installation in mind.