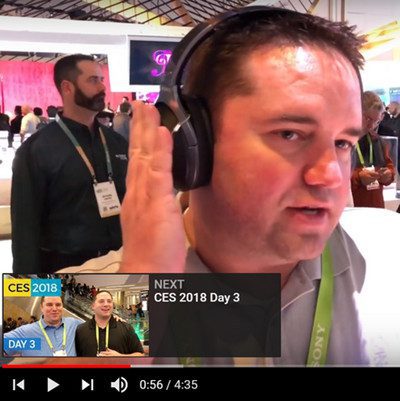 This Integrator Made Some of the Best CES 2018 Videos … But Why?!

Creating and sharing some pretty awesome videos from CES 2018 helps TYM Smart Homes demonstrate thought leadership in audio/video and IoT, and expand its market beyond the Salt Lake City area.

Talk about a smart-home rescue mission. This dysfunctional system was completely overhauled and replaced with Savant automation, Lutron lighting control, Sonance and Sunfire speakers, and a Stewart Filmscreen and Dolby Atmos home theater.

Before & After: Savant, Sonance and Lutron Take Old Stone House Into 21st Century

This old stone home time travels from 1938 to 2017 with its new Bowers & Wilkins 7.2-channel surround-sound system, Savant automation, Sonance speakers and 80 zones of Lutron lighting — taking the Gold for 2017 Home of the Year for Before & After.

Nantucket Media Systems worked with Cinema Design Group (CDGi) from the ground up to build a masterpiece worthy of a 2017 Gold Home of the Year Award for home theater over $75,000. The space includes Wisdom Audio speakers, Datasat processing, Sony projection, Savant automation and Dolby Atmos.