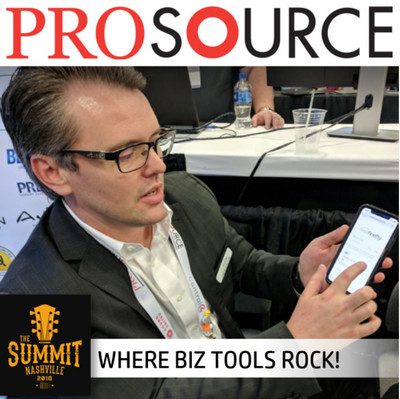 Move over 4K, ProSource is All About RMR and Dealer Productivity in 2018

ProSource added 13 new vendors in 2017, of which eight specialize in managed services and business productivity — a huge focus for the home-technology buying group in 2018. Here’s the latest in techs-for-hire, social-media management and productivity software from Summit 2018.

Whether you’re a member of HTSA, Azione, ProSource, HTSN, PSA or some other home-technology buying group, these tips all apply for getting the most out of your investment.

HTSA, HTSN, ProSource and Azione are considered the leading buying groups and networking organizations for home-technology and consumer-electronics professionals. Should you join one of them?

Sony proves that a commitment to the specialty A/V and smart-home installation channel pays off; replaces Samsung as top TV brand among CE Pro 100 integrators.

Besides Obvious Financial Metrics, What Other KPIs Do A/V Integrators Track?

Dealers in the ProSource buying group share other metrics and key performance indicators beyond standard financials, such as “bad customers,” Yelp scores, callbacks and employee satisfaction.

After welcoming a record 58 new dealer members in 2016, the ProSource group outlined initiatives such as new marketing and membership committees, plus impactful vendors and business development strategies during its annual Summit in Orlando.

Elite Media Solutions in Wellesley, Mass., is honored with prestigious CTA TechHome 2017 Integrator of the Year award at CES. In exclusive interview with CE Pro, owner Brian Gibson shares how the company earns $446,666 in revenue per employee.