Why the Nortek Booth Has No Nortek Products

Elan is THE Nortek brand for the channel going forward, while 2GIG will be focused brand for security channel.
Jason Knott

Why the Nortek Booth Has No Nortek Products

In the CEDIA Expo 2019 show directory, booth 2013 is listed as “Nortek Security & Controls.” But attendees won’t find a single mention of the Nortek brand name in the booth… not one.

“We are not coming here as Nortek. We are proudly Elan, and that is the complete focus,” says Bill Hensley, senior director of marketing for the company. Hensley said Elan will be the flagbearer brand for the company in the custom installation channel, while 2GIG will be the brand of focus in the security channel.

Hensley says other brands in the former Core Brands group, such as Panamax and Furman, will continue to bring out branded products. Likewise in the speaker category, though Hensley did not specify SpeakerCraft or Niles.

The Elan and 2GIG focuses help avoid the confusion of retaining the Nortek brand name in any way, since Nortek sold the company to Melrose several years ago.

In the booth, attendees were able to tour the progression of the Elan solutions, starting with entry-level Elan g SC-1 controller to the SC-2 to the new highest-end Elan G SC-10 controller for large projects.

At the show, the company introduced its new affordably priced the EL-SC-100 entry-level controller. 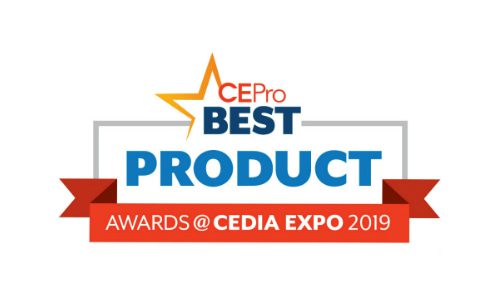 For the media room, the EL-SC-100 features an on-screen display option that gives users the ability to control and manage their home right from the TV.

Also at the show, the company introduced a new line of IP Amplifiers under the Elan brand name. In the past few years, most of the new video distribution products have been under the Xantech brand. Hensley says the award-winning Elan UltraMatrix switcher is being discontinued because “AV-over-IP is the future,” he quips.

According to Shaw, the new amplifiers enhance the whole home audio experience by delivering audio over existing networks.

With primary TV sources moving to set-top streaming boxes (Apple TV, Roku), the need to incorporate that audio in the whole house audio system is growing.

The Elan Audio over IP line – including multi-channel amplifiers and local source pre-amps – leverages Dante digital audio networking to give installers the ability to make use of these local sources in multiple rooms. The audio is then delivered between devices over the network, replacing expensive analog cabling with low-cost category cable.

“Projects with audio zones that are physically separated – a pool house, for example – can be part of the whole house audio system by connecting over the network,” Shaw adds. “Secondary amps can be placed in remote locations closer to the speakers, eliminating long speaker cable runs.”